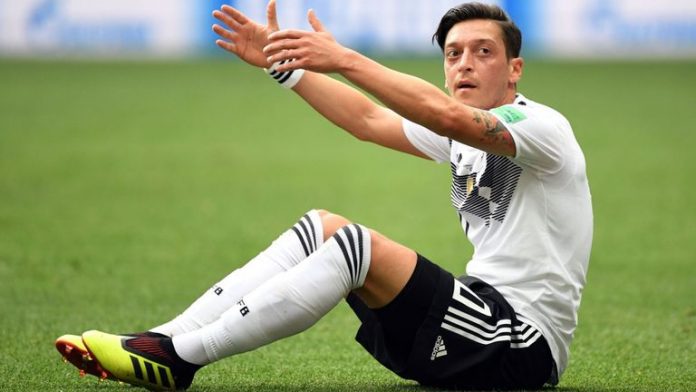 Ian Wright has taken to Twitter to give his reaction to Arsenal manager Mikel Arteta deciding to leave Mesut Ozil out of his Premier League squad.

Ozil was earlier omitted from Arsenal’s Europa League squad, and Arteta has decided to leave him out of his Premier League squad as well.

The German attacking midfielder has been on the books of the Gunners since the summer of 2013 and is out of contract at the North London club at the end of the season.

Arsenal legend Wright has given his take on Ozil’s situation, and he has admitted that he is disappointed that the 32-year-old is not going to play for the Gunners.

Football will never stop surprising me.
The fact that whatever has gone on couldn't be resolved between the club & Mesut is sad. Sad for everyone involved and I can only send him strength for what will be a difficult few months knowing he won't even have a chance to play. Gutted

Has Arteta made a mistake?

Ozil has not played for Arsenal since March, and it seems that Arteta does not consider him good enough to turn out for his team.

Arteta likes his Arsenal team to play a high-pressing game where the players have to move quickly and work hard.

Players who lose the ball are expected to try to get it back, and this is not exactly in the game of Ozil.

The German is a very creative player who has a lot of vision, but he does not always tend to get the ball back.

However, a player of Ozil’s natural talent and quality would be a great option to have on the substitutes’ bench, and perhaps Arteta should have kept him in his squad.

Should Ozil leave Arsenal in January?

Perhaps Ozil could get an opportunity again in the second half of the season if he works hard and trains well in the next few months.

However, the German is too good not to play competitive football, and there is a very good chance that he will not play again for Arsenal, especially if the team do well without him.

It would make sense for Ozil to come to a financial arrangement with Arsenal and terminate his contract by mutual consent in January so that he can find a new club and join them on a free transfer.