Houssem Aouar Punished by Lyon After Refusing to Train 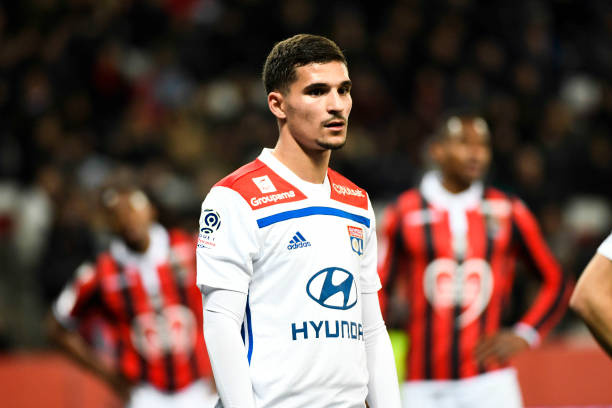 Houssem Aouar is set to miss this weekend’s match after refusing to participate in the post-match warm down against Angers.

Aouar was an unused substitute in Sunday’s fixture, as his side came away 1-0 winners thanks to Tinotenda Kadewere’s late strike.

Despite not featuring, the midfielder was expected to complete a 30 minute warm down in order to keep his fitness up. He refused, citing the state of the pitch as his reason not to.

In response, the Lyon hierarchy have decided to exclude Aouar from the squad to face Reims on Sunday, according to l’Equipe.

The Frenchman’s fitness has been a concern for a few weeks. He did not feature on international duty due to adductor problems, and only returned to training with Lyon on Friday. In fact, he has not completed 90 minutes since the 1-1 draw against Marseille in early October – which he scored the equaliser in.

His absence could be a huge blow to Les Gones, who cannot afford to drop points on Sunday if they wish to push for the title. They currently sit in third place, four points behind Paris Saint Germain at the top. Meanwhile, this weekend’s opponents are just one point above the relegation zone.

This saga will put many clubs in Europe on high alert. The 22-year-old was the subject of a lot of interest last summer, although he stayed put at the Groupama Stadium.

Arsenal were heavily interested in securing Aouar’s services last summer, submitting a reported €35m bid back in September, which was rejected. This season’s tame opening to the new season will have done nothing but encourage the Gunners to keep trying for the midfielder.

Mikel Arteta’s side have struggled going forward so far this term, scoring just nine Premier League goals; only Burnley, West Bromwich Albion, and Sheffield United have fewer. Pierre-Emerick Aubameyang, who has so often been the talisman at the Emirates, has looked starved of service. A creative midfielder like Aouar could be the key to getting more out of the former Borussia Dortmund man.

Arsenal are set to enquire about Dominik Szoboszlai in January and will attempt to sign Houssem Aouar in the summer. [@TheAFCBeII] pic.twitter.com/SXDveW8Iak

Juventus were looking at bringing the France international to Turin, but were reportedly put off by Lyon’s €50m asking price, while PSG were also heavily rumoured to be targeting the midfielder.