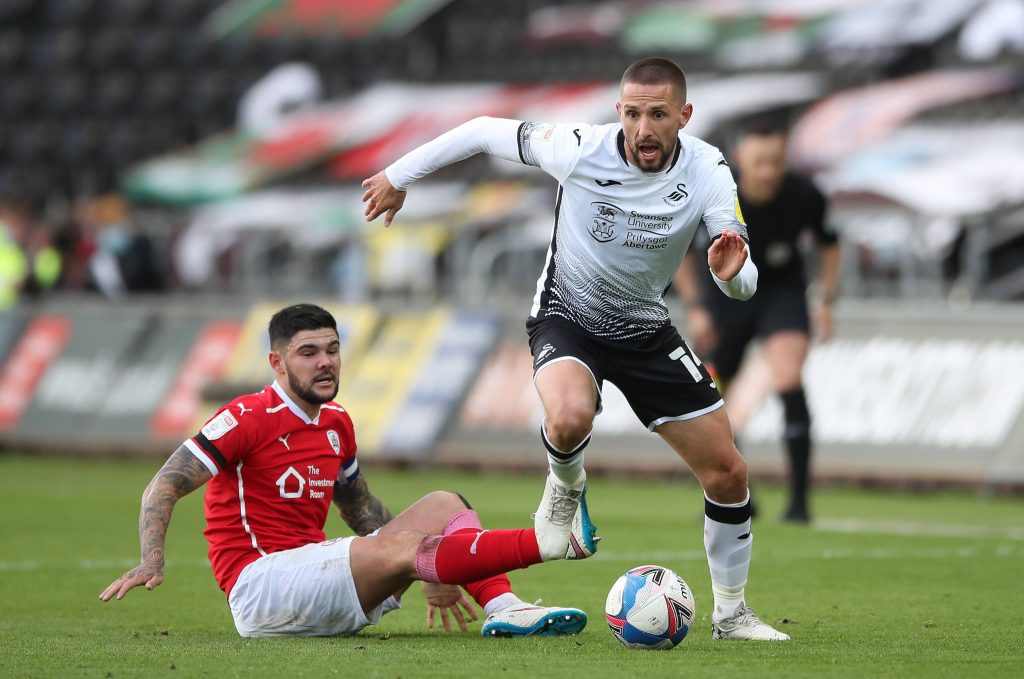 The 30-year-old fell down the pecking order last season, was loaned out to a Championship club in January, is in the final year of his contract and conceded in June that he’ll probably be moving on ahead of the upcoming campaign.

Hourihane has been a fantastic servant in his four years at Villa, but the writing appears to be on the wall as Dean Smith is trying to bring in a central midfielder before the season starts.

However, it is unclear whether they will succeed in landing one of the highly-rated Premier League trio.

Hourihane is behind John McGinn, Douglas Luiz, Morgan Sanson and Marvelous Nakamba at Villa, so he spent the second half of last season on loan at Swansea City to get regular playing time.

The Ireland international has made a total of 150 appearances since joining Villa from Barnsley in 2017, scoring 29 goals with 23 assists, but the club have now outgrown him.

Even new-boy Sanson has been underused since his January arrival, highlighting the difficulty that Hourihane faces.

He has been unable to dethrone Smith’s regulars in the engine room, so he’s better off finding a club willing to give him opportunities.

It remains to be seen where he’ll end up, but he won’t be short of offers.

Read: Arsenal have offered a contract extension to Reiss Nelson.