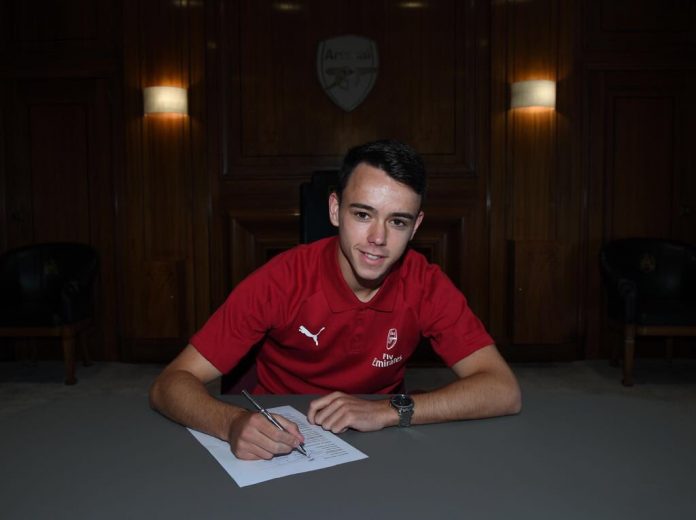 Robbie Burton confirms he has signed his first professional contract with Arsenal. The highly-rated midfielder is coming off the back of a impressive season with the Gunners at youth level and is being rewarded in the way of a pro deal. The 18-year-old will hope to be a regular in the reserve side next season to stand a chance of a surprise call-up to the first-team.

Burton made 12 appearances in the u18 Premier League last season, scoring and creating six goals. He also made his debut for the Arsenal reserves, coming off the bench against Swansea City on Friday, April 13. The midfielder is described as a good passer in need of more physical traits who has come on leaps and bounds in the last 12 months.

And now he’s signed his first contract with the Gunners, the teenager could be in for a bright future at the Emirates. Burton will have talented players to learn from next season, with Granit Chaka, Aaron Ramsey and Mohamed Elneny all in the first-team, but he should take hope that he can one day follow in their footsteps.

With players such as Ainsley Maitland-Niles, Reiss Nelson and Eddie Nketiah getting game time in the senior side last season, there’s hope for Burton to make the successful transition from youth football.