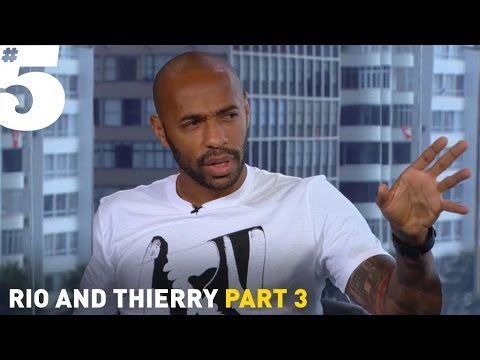 Arsenal legend and former Barcelona striker Thierry Henry has had his say on who is the better player between Lionel Messi and Cristiano Ronaldo, and the Frenchman’s vote is for his former Barcelona team-mate Messi.

Henry serves up an interesting anecdote from Barca’s training ground as he highlights why he regards Messi as the world’s best player, although he holds Ronaldo in high regard as well. Watch the video above for Henry’s interview with Rio Ferdinand, and his take on why Messi is the best player in the world.

Messi’s infectious attitude towards football, even during small-sided training ground games, sets the little Argentine apart from his peers, Henry believes. The French World Cup winner also discussed both Ronaldo and Messi’s tremendous work ethic in their journey to the top.

But one thing Henry touched upon which he believes is an key differentiator between the two players is Messi’s natural talent whereas Ronaldo is more about working harder than anybody else to reach his level.