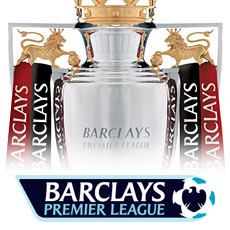 After another weekend of unexpected results it would appear that the front-runners have shifted yet again.

With respect to the teams that Manchester United, Chelsea, Arsenal and Manchester City played this weekend, all of which consider themselves to be title contenders, it should be clean-sweep wins all round.

But another Premiership weekend goes by where the entire top four have failed to all win. In fact, this season has not seen a weekend (Saturday, Sunday or Monday fixtures) where the current top four have each taken all three points.

Now this inconsistency in form has allowed the title race to be left still very open going into the penultimate month of the season. 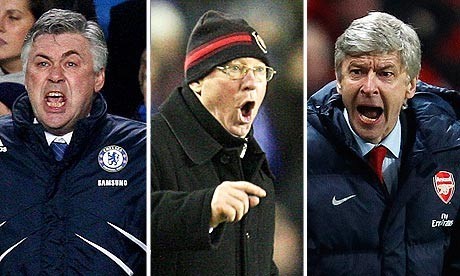 Chelsea fans had been led to believe that their team had engaged themselves in a mini revival with word going around Stamford Bridge that they could catch United. This dream has almost all but been swept beneath them after the draw away to Stoke City. The Britannia Stadium is a tough ground to take three points from but Fulham and Blackpool have managed it this season and with the attack force Chelsea are packing, you would expect them to leave with a win.

Instead, what you got was a Stoke side looking impressively sharp, pressing Chelsea’s back four and who was lucky not to win themselves. The win against United a month ago would have certainly lifted even the most fickle Chelsea fan but reality must inevitably set in now as they begin to face the truth, Chelsea are slowly relinquishing their Premiership crown.

Arsenal Continue To Make It Tough

Arsenal on the other hand still have a chance. But they have made the task even harder by drawing home to Blackburn on Saturday evening. Despite a number of key players returning, the Gunners looked sluggish and continued to lack a creative spark which has led them now to draw three consecutive league games.

Before Saturday, the facts were laid out to Wenger; win all remaining games and Arsenal will be champions. With United still having to play Chelsea and Arsenal, in which the latter could ultimately come down to a win or bust game for Arsène, Wenger’s men still have a hope in taking the title, unfortunately it now comes down to whether United are willing to drop points.

Manchester United – yet another comeback

Out of the quartet of mangers, Fergie must be the most content after this weekend’s round of fixtures as he saw his team come back from 2-0 down at Upton Park, his star striker netting a hat trick and seeing Arsenal slip up once again. Going by the chasing packs form, Sir Alex must be sure that five wins out the remaining games could possible seal the title and furthermore, surpass Liverpool in top flight crowns.

Importantly to United, Rooney’s goals could not have come at a more vital time. With games against Chelsea and Arsenal coming up next month, Sir Alex needs all his players on form through April, ready to hit May’s fixtures running. Not forgetting Man United and Chelsea entertain each other twice in the Champions League during April which could be an indicator into who wants glory this season.

Now Manchester City seemed down and out, resorting to ending the season with a probable qualification for the Champions League “qualification round” and a possible stab at the FA Cup if they manage to make it past their local rivals, but the 5-0 mauling they dished out to Sunderland on Sunday shows the International break for Mancini’s men did some good. Albeit a unlikely long shot that City can win the Premiership this season, they can certainly put the pressure on the two above them.

They by far have the easiest run in of fixtures with not having to play in Europe or anyone in the top four, Man City could definitely finish third or even runners up. Mancini should take this season as a learning curve, just like Chelsea found out; big money spending without doubt doesn’t bring you immediate success in the league. He should also take notice of how teams around him are struggling to make crucial games count and are stumbling at the final hurdle.

Out of the four clubs, United have it all to lose, Arsenal have it all to do, whilst Chelsea and City have it all to cause trouble for the former. What can’t be denied is that April and May hold some vital fixtures for all four clubs and no team can take anything for granted. The 2010-2011 season will continue to surprise us and will most definitely go down to the wire, but that’s why we love the Premiership so much.