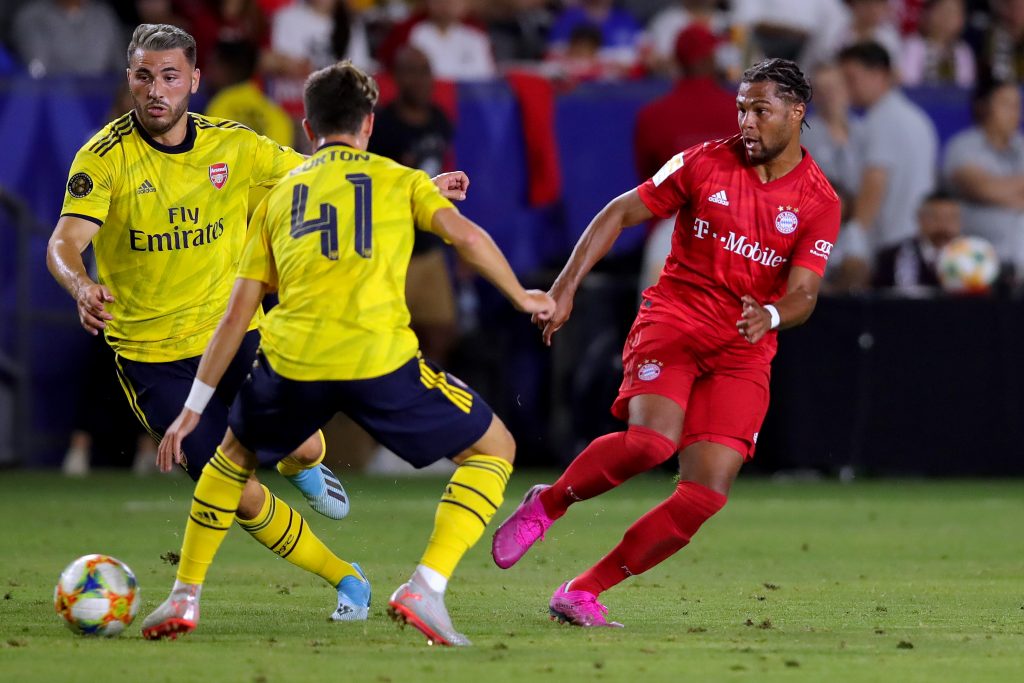 Bayern Munich winger Serge
Gnabry has got many Arsenal fans talking after he was pictured donning the jersey of the North London giants during a conference video call.

With football activities on hold due to the coronavirus pandemic, European clubs are training their players from home, and the Bundesliga giants aren’t excluded.

Despite failing to impress at Arsenal, Gnabry obviously still loves his former side, and he has got Gunners thinking of what might have been.

The picture of the Bayern star in the Arsenal colours has got many fans talking on Twitter, and here is how some of them reacted to it:

I love this guy

That's a come and get me plea

He will still come home to @Arsenal some day soon

Once a gunner always a gunner @SergeGnabry

Once a Gunner always a Gunner♥️

Still one of us

Gnabry left Arsenal for Bayern Munich in 2017 and has been in red-hot form this term, scoring 11 goals and registering nine assists in 23 Bundesliga games.

Gnabry also paid tributes to Arsenal after helping to down Chelsea in the first-leg of the Champions League last-16 in February, and he didn’t hesitate to mock the Blues on Twitter following his heroics:

He grabbed a brace before Robert Lewandowski sealed the victory for the Bundesliga leaders, and the former Arsenal winger has six goals in the Champions League this term, with all coming against London teams in London.