Guardiola to join Arsenal next season? 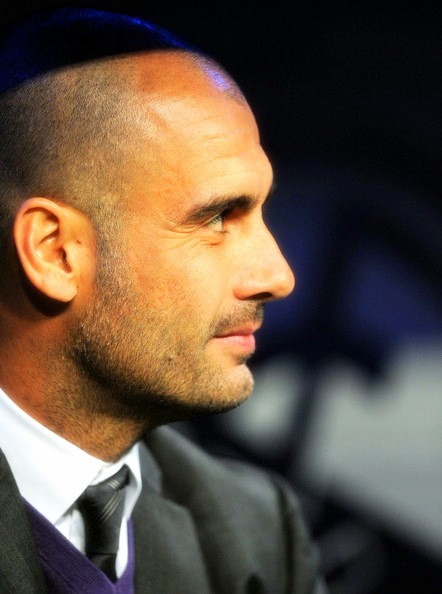 The British tabloid, Daily Star, reported a couple of days ago that Barcelona fear that Pep Guardiola will join Arsenal at the end of next season.

We know that Guardiola extended his contract only till the end of 2012. Using that as an excuse, Daily Star writer Paul Hetherington claimed that the reason behind extending the contract with Barca for only one year, is that he wants to join Arsenal.

Josep Guardiola, when took charge of Barcelona in 2008, has been working on a rolling one year deal basis with his childhood club. Since he won the sextuple in his first year in charge, he has been linked with Manchester United as a replacement of Alex Ferguson when he chooses to retire.

Hetherington claims that since Arsene Wenger has been trophy-less in the last six years, he could be on his way out of the Emirates at the end of next season after serving the club for 15 years. And not only that, he goes on to claim that the club closest to Guardiola’s heart is Arsenal since the Barca manager is “destined” for English Premier League.

Guardiola’s inspiration comes from the most successful Barca manager to date, Johan Cruyff. Cruyff had won 11 trophies with the club in eight seasons whereas Guardiola has given Barca eight trophies in just two seasons.

In his third season, Barcelona are currently sitting on top of La Liga after 28 games, they are in the final of Copa del Rey which will be played against their rivals Real Madrid and have qualified for the quarterfinals of UEFA Champions League. That’s three potential trophies and it will take Guardiola’s total to 11 – as many as Cruyff’s in five less seasons.

If Barca fails to complete the treble this season, Guardiola is under contract with Barcelona for another year. And then what… Arsenal? I don’t think so. Unless the Gunners change their name to Arselona.

If Guardiola decides to leave Barcelona and go to England, I think Manchester United is a more likely candidate because lets face it Gunners’ fans, Arsenal does not have a history as illustrious as Manchester United’s, let alone Barcelona’s. Also because replacing Ferguson is a bigger challenge than replacing Wenger.

That is if Guardiola chooses to leave Barcelona and go to England.

That’s just my point of view. What do you reckon for Guardiola’s future?