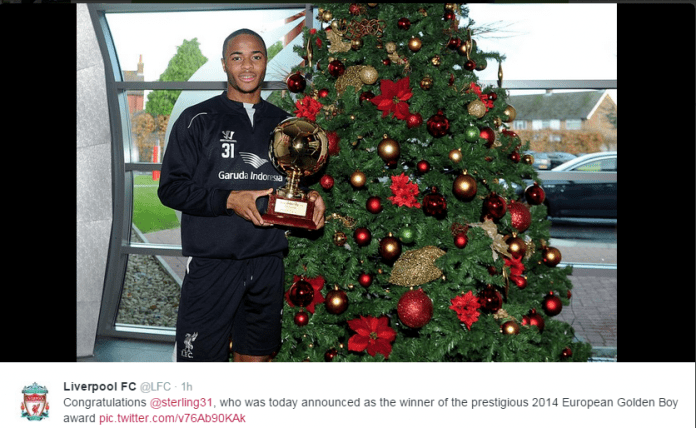 Raheem Sterling is all set to move this summer, following suggestions that the Liverpool attacker has had his head turned by agent, Aidy Ward and is looking for a move to a Champions League club.

The Liverpool player stalled on his contract negotiations after the Anfield outfit decided against matching his wage demands. Liverpool’s offer of 100,000 pounds per week was then turned down by the Sterling camp, who have postponed talks until the season ends.

However, following reports from Sky Sports yesterday that Sterling has decided against signing a new deal at Anfield, Liverpool legend Phil Thompson believes that Sterling has been greedy and has a ‘far too high opinion of himself’.

Earlier yesterday, Jamie Carragher suggested the same and claimed that Sterling should just ‘shut up and continue to play football’.

Furthermore, Thompson says he won’t be surprised if Sterling already had a move lined up and that all of the contract fiasco is just a way to get his move.

Following the German media’s report that Bayern have been in touch with the Sterling camp, it certainly makes sense for the player to try and make a move happen. Also the likes of Arsenal, Chelsea and Manchester City are thought to be interested in the player as well.

Sterling’s interview to the BBC earlier this month came across as a ploy to get sympathy and use the media to put pressure on Liverpool. However, judging by the reactions, it was just another big PR failure from Sterling and his representatives, that portrayed him as a greedy, disrespectful young player.

If it is a case of ambition or the desire to play in the Champions league, Sterling wanting to leave is perfectly understandable. However, the path he has chosen to get the move could come back to haunt him, should Liverpool decide to run his contract down and leave him be on his 35,000 pounds a week for the next two years.