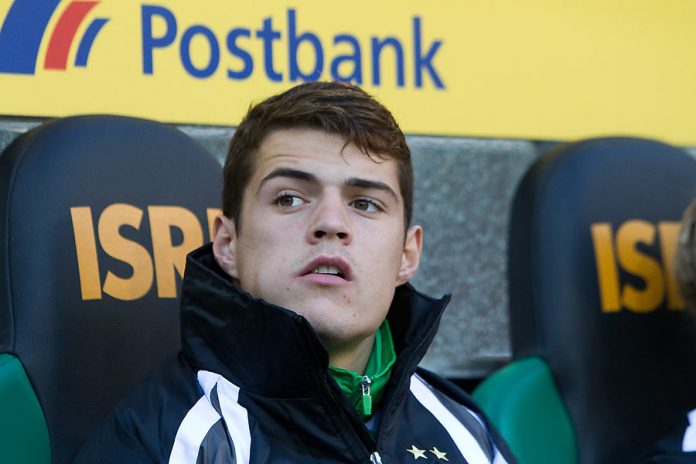 Arsenal are all set to complete the £35m signing of Granit Xhaka from Borussia Monchengladbach.

The tenacious 23-year-old central midfielder has been a target for Liverpool and Manchester City as well. The likes of Bayern Munich have been monitoring his progress.

It appears that Arsenal have beaten their rivals to their signing of the Switzerland international. The highly talented midfielder will move to Emirates this summer according to Bild.

Arsenal have suffered from injuries to their midfield every season and it seems Arsene Wenger is ready to address that with a big-money signing this summer.

The likes of Wilshere, Rosicky are consistently injured every season and it has hurt Arsenal’s title chances during crucial stages of the season time and again.

The Bundesliga star can operate as the central midfielder as well as a defensive midfielder and would be an outstanding addition to Wenger’s side.

Xhaka has previously joked about joining Arsenal in the summer and according to Bild, the moved is all but sealed.