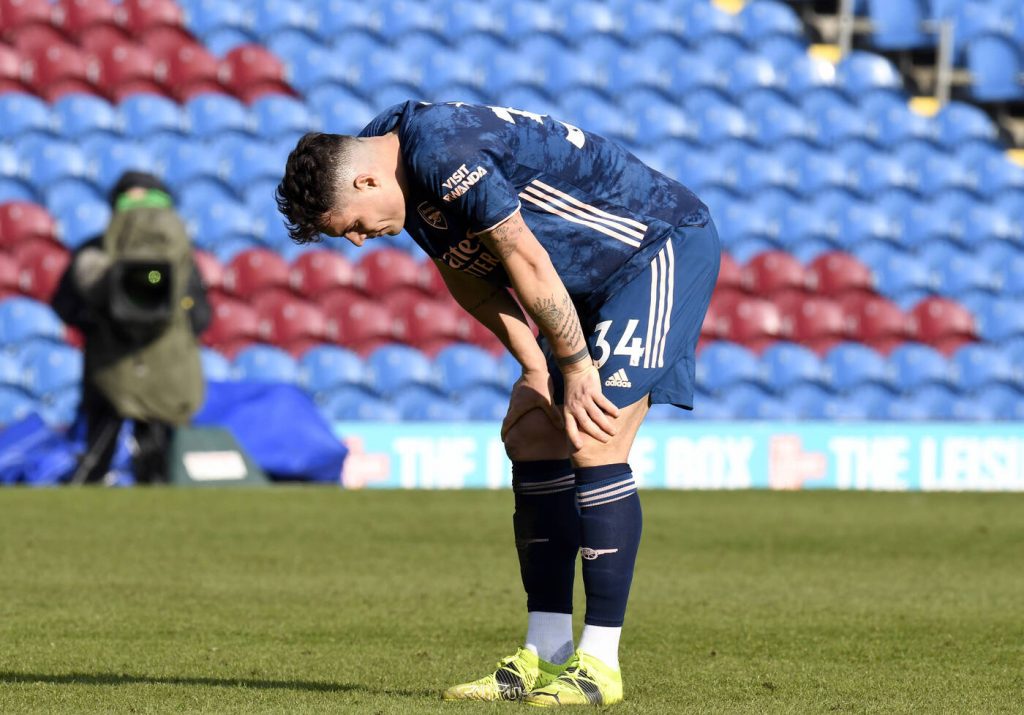 Arsenal midfielder Granit Xhaka posted an apology on his Instagram account after he cost the Gunners a victory over Burnley at Turf Moor on Saturday.

The Gunners made a fantastic start against the Clarets in the early Premier League kick-off, scoring after just six minutes through Pierre-Emerick Aubameyang.

They were handed a couple of chances to double their lead through Aubameyang and Bukayo Saka but could not make the most of those opportunities.

The Clarets eventually levelled the scores in the 39th minute, and it was a pure gift by Xhaka, who was the centre of the attention against Sean Dyche’s side again.

The Swiss was sent-off during the reverse meeting at the Emirates Stadium in December before the Gunners suffered a 1-0 defeat via an Aubameyang own goal.

This time around, Xhaka attempted to make a clearance across the face of goal but the ball cannoned off Chris Wood’s hip into an empty net.

There were plenty of other chances for both sides during the game, and the Gunners needed Bernd Leno to make two crucial saves.

Ultimately, Xhaka’s mistake was the one that cost the Gunners two valuable points, which could have boosted their European qualification prospects.

He was apologetic for the blunder on Instagram where he wrote: “I hold my hands up for their goal, and I’m sorry for the mistake.”

“That’s football, and right now I feel just as frustrated as all of you.”

Xhaka has been one of the Gunners standout players since his red card for violent conduct against the Clarets.

He had hardly put a foot wrong for the club lately until the horrendous moment at Turf Moor.

The 28-year-old will be aiming to put the incident behind him with a crucial Europa League game coming up.

The Gunners make the trip to Piraeus for the first leg of the round of 16 tie against Olympiacos on Thursday.

In other news, Bernd Leno felt Granit Xhaka was ‘very lucky’ against Burnley.