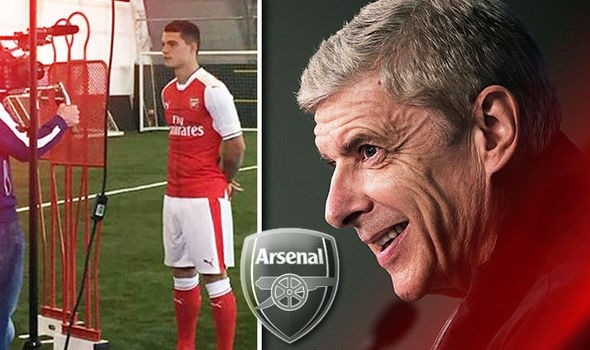 Arsenal are close to announcing the signing of Borussia Monchengladbach midfielder Granit Xhaka.

The highly talented central midfielder has attracted a lot of interest from several European clubs including Bayern Munich, Liverpool and Manchester City.

But the English media are now reporting images of the player posing with the Arsenal kit. 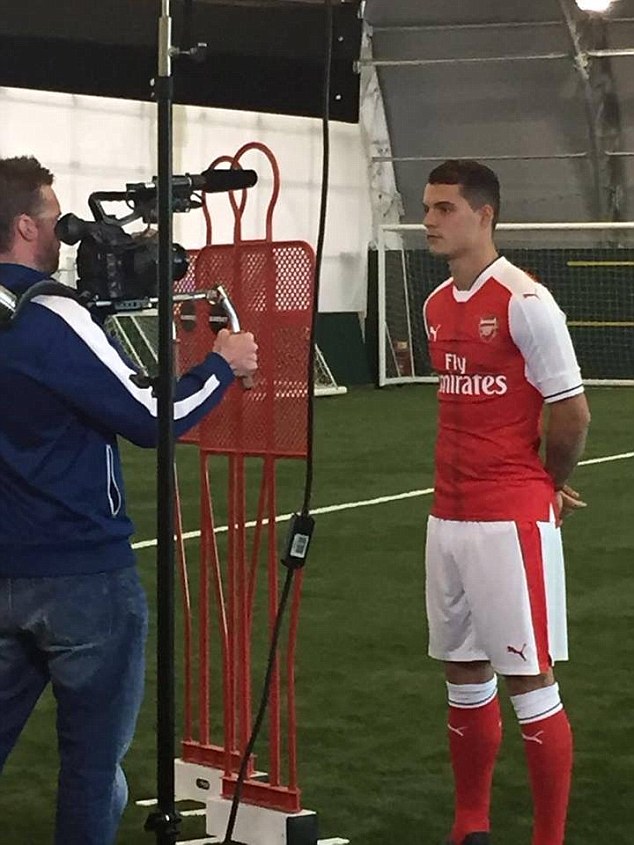 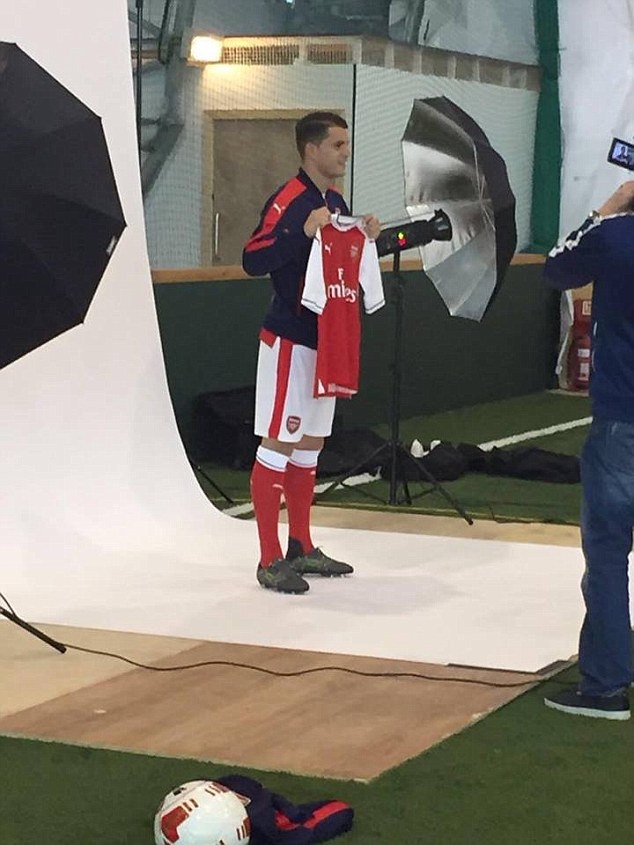 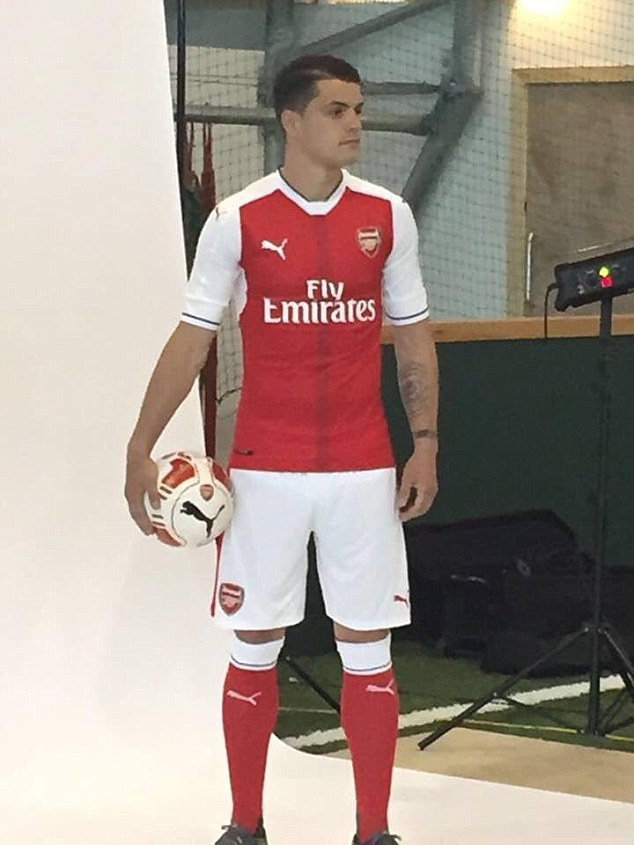 Earlier it was reported that the player is in London for his medical and it seems that everything went well. Xhaka was pictured in a photo-shoot with the new Arsenal kit.

Arsenal will pay around 35 million pounds for his services this summer. The player was very interested in playing for the Gunners in the Premier League.

Xhaka will become the second most expensive Arsenal player after Ozil and is expected to earn more than 100,000 pounds per week according to Mail.

Xhaka is a powerful box-to-box midfielder who can operate as a deep-lying playmaker or a defensive midfielder as well. The Swiss midfielder will add much-needed steel to Arsenal’s midfield and provide them with quality and depth in that department.

Xhaka was a target for the Liverpool manager Jurgen Klopp as well but it appears that the player has now joined the Gunners instead.