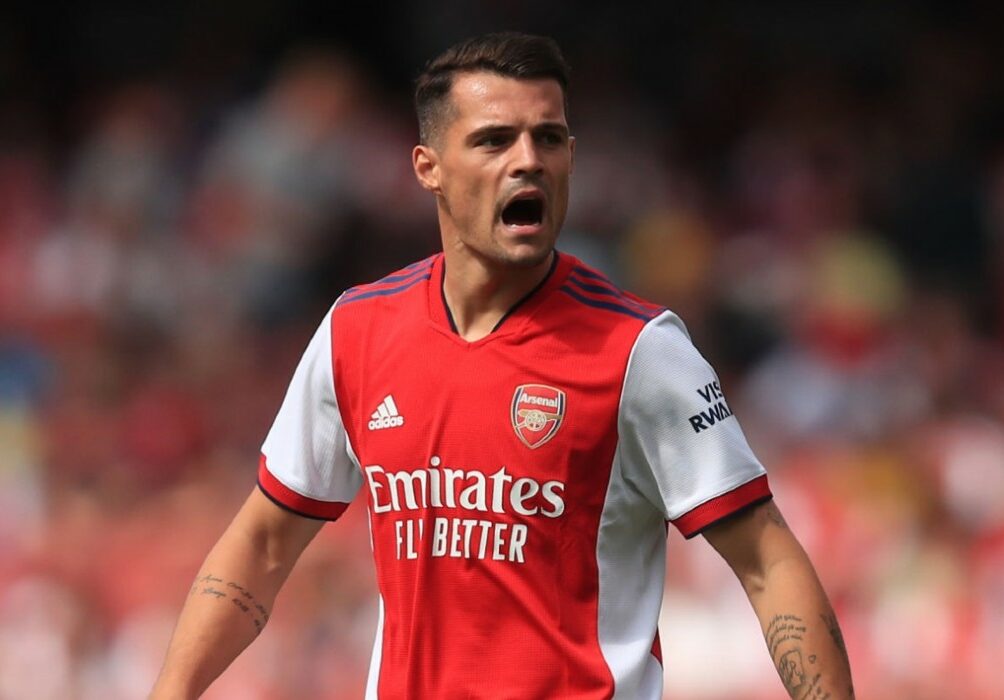 The Switzerland international was heavily touted to join the Giallorossi earlier this summer, and it was claimed that personal terms were already agreed.

However, the Serie A outfit failed to meet the Gunners’ transfer demands, and Mikel Arteta recently confirmed that Xhaka will be staying at the club.

The club have now decided to renew his £100,000-a-week contract expiring in less than two years. He is ‘expected’ to sign a new deal until June 2025.

Xhaka had divided opinion among the Gunners fans with his ill-discipline and poor conduct on the playing field on several occasions.

His shirt-throwing antics after being substituted against Crystal Palace in 2019 has not been forgiven by a section of the supporters.

Despite this, he remains an integral part of Arteta’s plans. Xhaka was the best-performing midfielder last season ahead of Thomas Partey.

With Partey suffering another injury, Xhaka’s importance has only increased, and Arteta will be counting on his leadership qualities next term.

He stood out for his national team at the European Championships, and it remains to be seen whether he can replicate the form at club level.

Xhaka recently scored in the 2-1 friendly defeat to Chelsea. He looked in fine shape despite only returning to training two days before the game.