As a child, the summer holidays brought about a family trip to a campsite in Europe. We’d get in the car to travel down to Dover and I would always be wearing my United shirt. After hours and hours of driving, we’d pull in at our designated tin can and the holiday had begun.

It wouldn’t be long before I started mixing with other kids, mainly English, who I’d bump in to at the pool or the kids club. These times were my first insights to what a hugely popular and unpopular club Manchester United were.

I’d meet kids from down south who were there in the latest United strip (shorts, socks and all) talking in their funny accents, calling barm cakes ‘bread rolls’ and didn’t know what I was on about when I said I was off for tea. Still, we could talk about how brilliant Eric Cantona was and imitate the Ince/Giggs goal celebration when we were having a kick about.

But then there was the other type of kid, who had the latest strip of some other club, again, with a southern accent, and again, having several communication problems. This kid hated me though, and only in hindsight I realise this was spawned from the angry die-hard Chelsea/Arsenal/Liverpool/Blackburn/Everton etc. father at home.

It was on one of these holidays that I got called a ‘glory fan’ for the first time. As a little lad, I didn’t really understand this. I knew the song “glory glory Man United” because we sang it on the last day of the season when the players walked the trophy around the pitch (in my boyhood mind, every season, not that I’m a million miles off) but I didn’t understand the concept of a ‘glory fan’.

I am a United fan living and brought up within a 10-15 minute drive from Old Trafford. Manchester United is literally my local team, with Altrincham FC the team falling in closest proximity to my house after United. This is something I have had to explain time and again whenever I’m outside of Manchester.

Within Manchester, you’re either a red or a blue, and the reason behind you supporting the team you do is never assumed to be anything other than your family ties. No self-respecting Manc from a City supporting household would follow United, it’s just not the done thing, and would be frowned upon.

(Fortunately) I’m from the red side of town with all the football fans in my family supporting United. Now, it’s only as I’ve got older I’ve realised I don’t need to justify myself in this way, but it’s something I’ve spent a lot of time doing in the past. 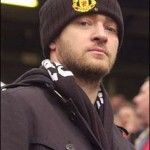 Glory fans irked me for years, these fans from the south who chose to support United, for no reason other than the football played and the trophies won. It was because of these fans that whenever I was outside of Manchester I got a hard time. Like any passionate football fan, United go straight to the bones with me, and having to convince people I loved my team as much as they loved theirs was infuriating.

Whilst the trophies and glory certainly sweetened the deal for plenty of young lads like me growing up in Manchester, our allegiance to our club wasn’t a choice, just as it isn’t for most young lads up and down the country. But because the people who should have been supporting Tranmere or Leicester or Colchester chose to support my local team, my support and passion were questioned.

Now, it’s not just United fans from Manchester who are left wound up by glory fans, but fans of all teams up and down the country. It’s as if the people who are put through the mill supporting their local team, having their heart broken time and again, deprived of silverware and entertaining football, resent those who freed themselves from this cycle. It must be infuriating for die-hard Cheltenham Town FC fans to see their mates at the pub pulling on a United shirt at the weekend. Why should they be forced to suffer the pain of infuriating football and limited success whilst their mates get to bask in the glory of European Cup and top flight titles?

However, as time has gone by, I’ve become a lot more understanding of these people we refer to as ‘glory supporters’. Whilst of course supporting your local team is preferable, I don’t think I am in a position to cast judgment on people who don’t.

You’re in a rather favourable position when your local team happens to be one of the most successful sides in the world, and as much as I’d like to think I’d support United through thick and thin (as my father and grandfather did, through the Munich Air Disaster, relegation and that dreadful period in the 70s and 80s when we were shite and our hateful neighbours in Merseyside were winning everything), without being given the opportunity to prove my support, there’s not a lot I can say to the lad from Surrey with a United air freshener hanging from the mirror in his car (other than, don’t be such a sad bastard, use the traffic light air freshener like everyone else!).

If I’d grown up in Peterborough and supported my local team through thick and thin, then I’d be in a position to tell the locals to sort it out when they were parading around town in Manchester United shirts.

Still, if some 20-year-old lad watched Eric the King on Match of the Day and thought ‘I want to support whichever team he plays for’ is that such a bad thing? People were drawn from all over the country in celebrating the skills of Sir Bobby Charlton and George Best, and it was welcomed then. Supporters of other clubs would watch United play and applaud that talent.

Now, football is so much more bitter and cynical. Cristiano Ronaldo, who most could agree is the best player in the world these days (or thereabouts), is hated. He is booed whenever he plays. He rips the opposition to shreds, playing beautiful football, and he is called all the names under the sun.

This isn’t just targeting non-United fans. I’ve hated Denis Bergkamp, John Terry, Alan Shearer, Robbie Fowler, Frank Lampard, Thierry Henry, Didier Drogba, Steven Gerrard etc. and I can give you a good reason for hating every single one of them, but essentially, it can’t just be a coincidence that they have all been very important players to teams that have rivaled United, in one way or another. It didn’t used to be like this.

In Manchester, people would pay in to watch United or City at the weekends, depending on who was playing at home, just to go and watch football live. 1968 was a brilliant year for the city, with the blues winning the league and the reds winning the European Cup. I’m not educated enough in this to say whether the same can be applied everywhere, but I imagine a similar story can be told in two-team cities all over England. It was different back then.

Now you support your local team, otherwise you’re a glory supporter, and that’s the end of it. Being drawn in by exciting football isn’t good enough. There will be 60-year-old men all over the place supporting United simply because of the football George Best played and United were the first English team to win the European Cup. The fact that they’ve been supporting this club for 50 years somehow makes it all right that their initial reasons for supporting United were glory. The same privileges aren’t offered to fans now.

In 2005, after our lads had given a Guard of Honour to the visiting Chelsea, chants were sung to the away end, effectively claiming they used to support us before the money and glory came rolling in with Roman Abramovich. I joined in heartily. Finishing third and trophy-less, which was the case for us that year, would be a position the majority of football fans in this country would happily settle for. But for me, it was gutting.

I’m happy to admit I am a United brat, spoilt by the success from 1990 onwards. So when I saw this collection of Chelsea fans (who didn’t sell all their tickets, I hasten to add!) celebrating the title, I was livid. I was jealous and bitter and angry and upset. Those glory fans, coming to Old Trafford, rubbing our faces in our demise. “Where were you when you were sh*t?” we chanted. Truth be told, they were probably sitting where they were now, traveling up to Old Trafford fully anticipating a spanking. But because of jealousy, I’d brand them all glory supporters instead, just like I had been when United were at the top.

Essentially then, it is now my opinion, after years of battling with the ‘glory fan’ tag for simply being a Manchester United fan, that it’s acceptable not to support your local team. The reasons which sparked your interest in the club, whether it was your old man, the proximity to the ground, a certain player, plenty of trophies, appealing football etc., shouldn’t really matter, as long as you support that club wholeheartedly.

If you stick with that team through thick and thin, then you are supporting them. ‘Glory fan’ is a condescending term that should be reserved for a person buying a United shirt one season, an Arsenal shirt the season following, and a Chelsea shirt the season after that. Someone who has no interest in their club other than being able to say “I support the best.”

I’ve spoken with people all over the world claiming to support United, particularly since the creation of my United forum, and I cannot say that all these people are ‘glory fans’. Whatever their initial reasons were for supporting United, the way they live and breathe the club, this one I’ve inherited supporting, is enough to convince me.

So United fans will always be tagged ‘glory supporters’ if they’re found outside of Manchester, and if they speak with a southern accent, there is no saving them. However, what is really important is how someone supports their team, not why. But the chances of that opinion being adopted by the masses is slim to none and whoever follows the team at the top, whatever the reasons behind their support, will be branded a ‘glory supporter’, sadly.

Support shouldn’t be dictated by your post code, rather your love and commitment to the club. The sooner people realise this, the better.