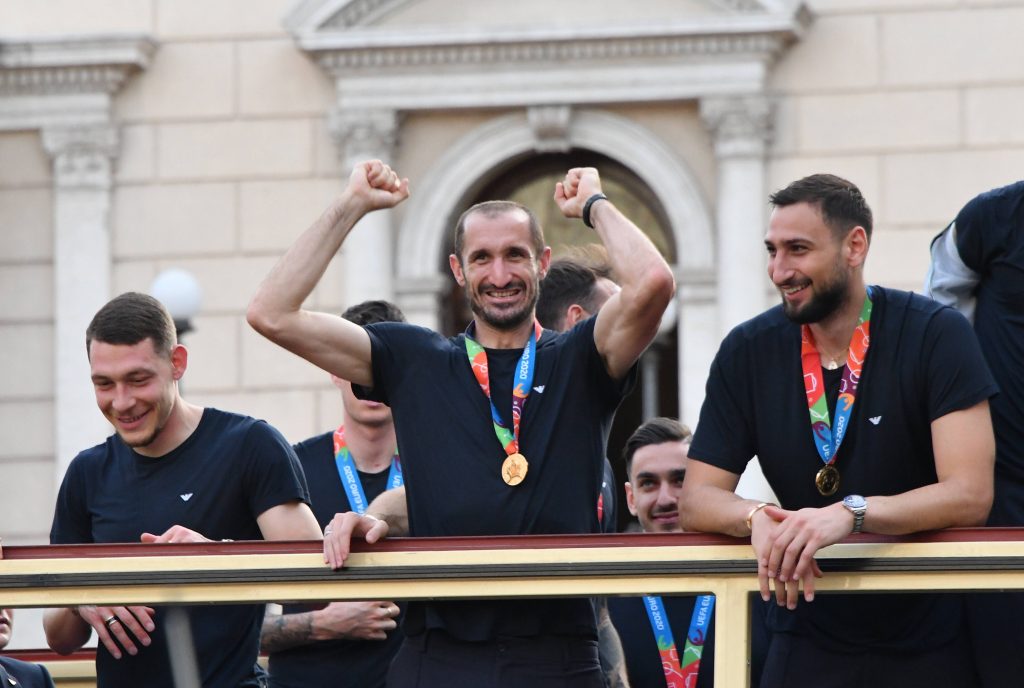 Giorgio Chiellini has removed all doubts about where his future lies, announcing his imminent return to pre-season training with Juventus.

The 36-year-old, who captained Italy to the European Championship title this summer, will be part of the Old Lady’s squad next season.

Although his contract at the Allianz Stadium officially expired on July 1, Chiellini has confirmed he will extend his career in Turin for a further season.

“I need a few more days to rest and recover from the chaos of the last month, but on Monday I’ll be in Turin and happy to get started again,” he told Sky Sport Italia.

“I don’t think you can even dream of lifting a trophy as the captain of your national team.

“You are happy enough just to play football in your city, but here we went beyond even the greatest dream.

“I want to lift some more trophies because it just makes you hungrier to do it again, and wearing the Juventus jersey without the Scudetto symbol on the chest represents an extra motivation.”

Chiellini has become one of the most beloved figures among the Juventus faithful since arriving from Livorno in 2005 for a mere €4.3million.

During his 16-year stint at the club, the veteran defender has made 535 appearances across all competitions, registering 36 goals and 24 assists.

After helping the team regain top-flight status in 2006/07, he has gone on to lift nine Serie A titles, five Coppa Italia crowns and five Supercoppa Italiana trophies.

Chiellini was an integral part of Juventus’ nine-year dominance of Serie A, forging a formidable defensive partnership with Leonardo Bonucci.

The duo also played a key role in Italy’s inexorable march towards Euro 2020 glory and are likely to maintain their influence at Juve next season.