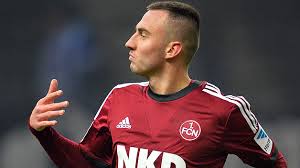 Reports from Germany suggests that Nurnberg striker Josip Drmic has his heart set on a move to Arsenal in the coming summer. National Daily Bild have reported that the Swiss striker looks disinterested and distracted in training with his side locked in relegation battle.

Drmic, who has enjoyed a terrific Bundesliga season, scoring 16 goals and grabbing 3 assists has failed to hit the back of the net in the past few weeks and has now gone 395 minutes without a goal.

Bild have also reported that the 21 year old striker has sold his Audi RS5 (left sided steering wheels) car as English rules apply that steering wheels of automobiles should be on the right. The story was also echoed by Swiss newspaper Blick. 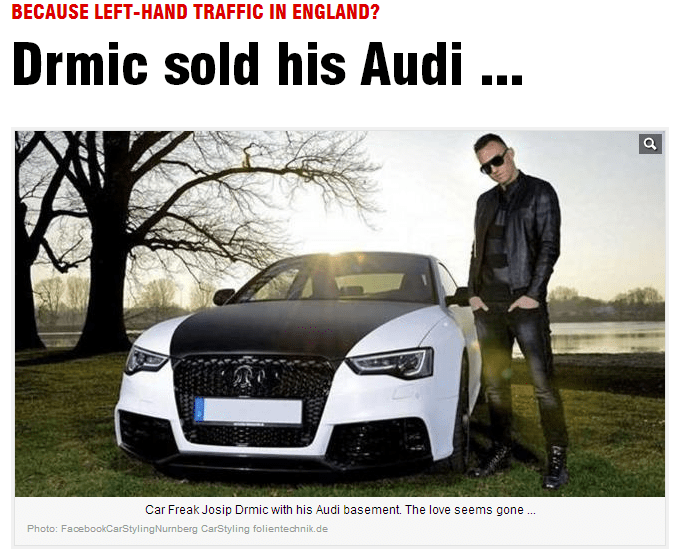 The speculations regarding Drmic’s move to Arsenal has intensified in the past few weeks with the Gunners desperate to bring in a striker in the summer who would take the pressure of Olivier Giroud and solve their goal scoring woes up front.

Arsene Wenger has the knack of snapping up young players with raw talent and mould them into future legends and Drmic certainly fits the bill for the London side.

German legend Lothar Matthaus had earlier claimed that Drmic’s girlfriend had been house hunting in London as her fiance’s looks imminent in the summer. The 1990 World Cup winner was quoted as saying, “Although now Dortmund, Gladbach and Leverkusen all have an interest. I’m saying: Josip Drmic will switch to Arsenal.” 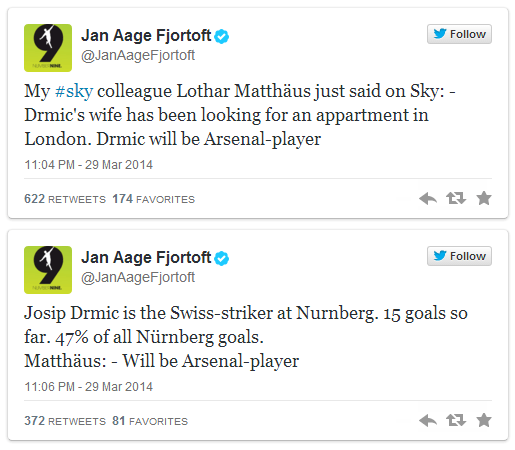 Drmic joined Nuremberg from FC Zurich last summer but might be available for less than £5m in the coming summer.

“I’m not going to stand there and say, Josip is not for sale.”

However Drmic also stated that he won’t stay should the club fail to stave off relegation.

“With so many hits it’s always interesting. I do not want to play second league.”