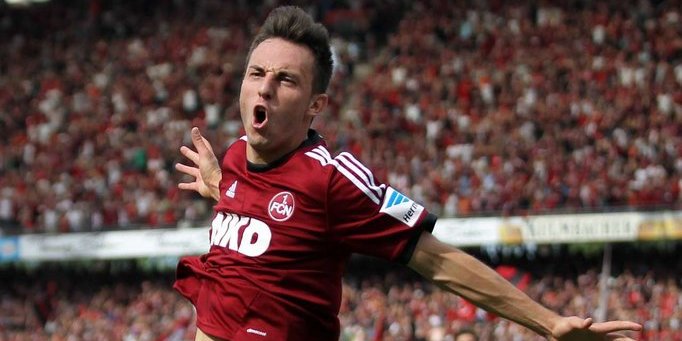 Bayer Leverkusen have dealt a hammer blow to Arsenal’s transfer wishlist after confirming they had signed Nurnberg striker Josip Drmic.

Leverkusen’s sporting director Ruid Voller confimed that the club were dleighted to land Drmic staving off interests from several clubs.

“We have been able to prevail against strong competition and are glad that Josip Drmic has joined us. He is a player that gives us more options in attack. He’s fast, assertive and flexible as he can play on the wing.”

Drmic has enjoyed a terrific season in the Bundesliga scoring 17 goals and grabbing 3 assists in 33 appearances for Nurneberg, the club who are on the verge of relegation in Germany.

We had earlier reported that Arsenal were leading the chase for the 21 year old Swiss international with German legend Lothar Matthaus claiming the deal was done and dusted by the Gunners. Matthaus however has now agreed that he was misinformed.

“Yes, I have been misinformed. But I’m a straight man and will say: Yes, I was wrong.  However , Drmic held talks with Arsenal, but obviously then Leverkusen has convinced him.”

It was believed that Arsene Wenger was desperate to bring in the Swiss star to take pressure off Olivier Giroud up front and solve Arsenal’s goal scoring woes up front. The Gunners were in control of the Premier League title race before a disastrous run of form saw they finish in fourth in the table.

One would wonder if another deadly striker apart from Giroud might have altered the course of the title race for Arsenal.

With yet another transfer target off his shopping list, whom do you Wenger should now turn to in the summer? Let us know in comments.