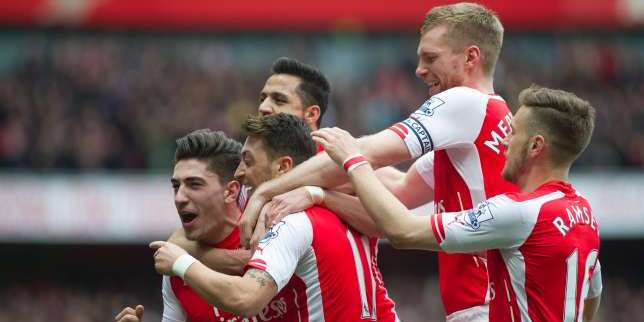 Mesut Ozil’s first half performance in Arsenal’s hugely impressive 4-1 win over Liverpool will live long in the memory, and not just for Gunners fans.

Strutting around the pitch, stoically adhering to his languid style of play, the German international dictated play effortlessly, with his stunning free kick in the 40th minute richly deserved. He, along with Olivier Giroud, best personify Arsenal’s soaring confidence, with the win putting Arsene Wenger’s side just four points behind leaders Chelsea before the late kick off at Stamford Bridge.

While a first title triumph since 2004 is still considered to be beyond them, Arsenal have found devastating rhythm. Ozil has, despite his stubborn critics, become the creative hub in a wonderfully dynamic attack, with Brendan Rodgers’ side relentlessly put to the sword at the Emirates today. At times, it was like watching a Luis Suarez-led Liverpool at Anfield once more, with Arsenal gaining sweet revenge for the 5-1 savaging at this ground last season.

But, like that Liverpool side that came so close to winning the Premier League last season, cracks at the back were wholly evident in the Arsenal backline. Were it not for a sloppy pass across by the inconsistent Lazar Marković, mister front-page Raheem Sterling would have fired past David Ospina in that same first half. Anfield’s new beacon of hope, Jordan Henderson, also found easy passage through a static Gunners backline just minutes later, but the ball, one again, let them down.

Arsenal conceded once, but they could have conceded three. Something has to change. 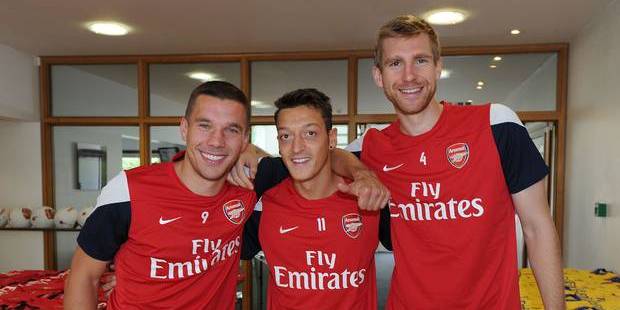 The general consensus is that big Per Mertesacker is not long for the Emirates. While his compatriot Ozil is going from strength to strength, the man who once berated the former Real Madrid player after a defeat is now firmly in the firing line.

The 30 year old vice captain’s lack of mobility has been an obvious issue ever since joining from Werder Bremen in 2011, but in a league now chock full of attackers with pace to burn, his dependency on the brilliance of Laurent Koscielny has become a real concern. This has dripped through to tactics, with Mertesacker starting position often slightly ahead of his French colleague. While that may seem like a sound idea, but this often leaves the German much more exposed, with Koscielny asked to mop up time and again.

Arsenal are a lightning-quick creature of genuine brutality up top, but house a cumbersome and decidedly limited defender at the back, leaving them hugely susceptible to counter attacks. Despite being a veritable giant on the pitch, the loyal German doesn’t even offer the aerial dominance that his stature clearly suggests.

Is new signing Gabriel the answer? Only time will tell, but the need for defensive reinforcements this summer is without question. It is no coincidence that when bringing in the Brazilian in January, Wenger wanted a centre-back with attributes much more akin to Koscielny.

Further forward however, partly thanks to the growing stature of one Mesut Ozil, Arsenal are sitting rather pretty. Next season in North London should be very interesting. 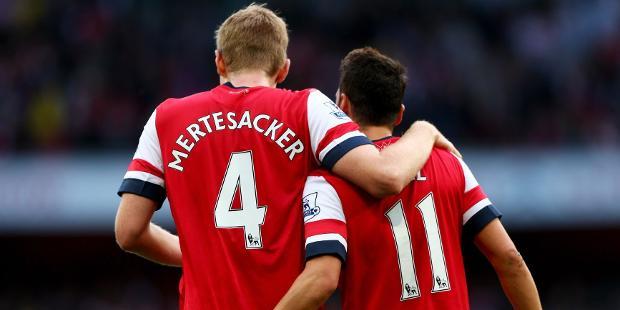 What do you think? How impressive was Arsenal’s win over Liverpool today? Should Wenger get shot of Per Mertesacker this summer? Get involved in the comments below…