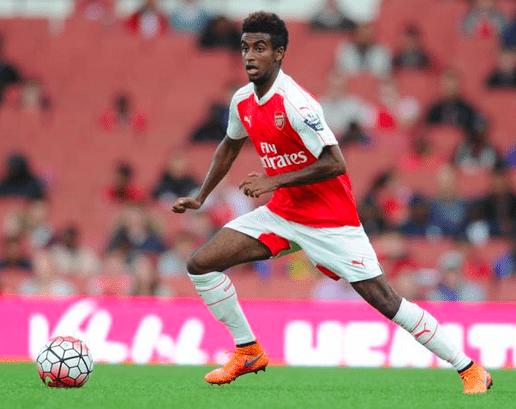 Arsenal midfielder Gedion Zelalem is on the verge of sealing a season-long loan move to Rangers, according to reports.

The Arsenal midfielder Gedion Zelalem is going to Rangers on loan, initially until Jan #afc

The 18-year-old flew into Glasgow this afternoon and will hold a face to face meeting with Rangers manager Mark Warburton this afternoon.

Several English clubs were thought to be interested in signing the midfielder this summer who is expected to represent USA in future after recently switching allegiances from Germany.

Zelalem featured for the Gunners U-21 team on Friday night, where he scored a stunning solo goal.

Rangers have completed loan deals with Spurs for Nathan Oduwa and Dominic Ball, and it seems they are in pole position to sign up another young exciting talent from North London.

So apparently rangers about to sign gedion zelalem on loan what a talent he is so am praying its true⚪️ — Leo (@Leo_Paton) August 18, 2015