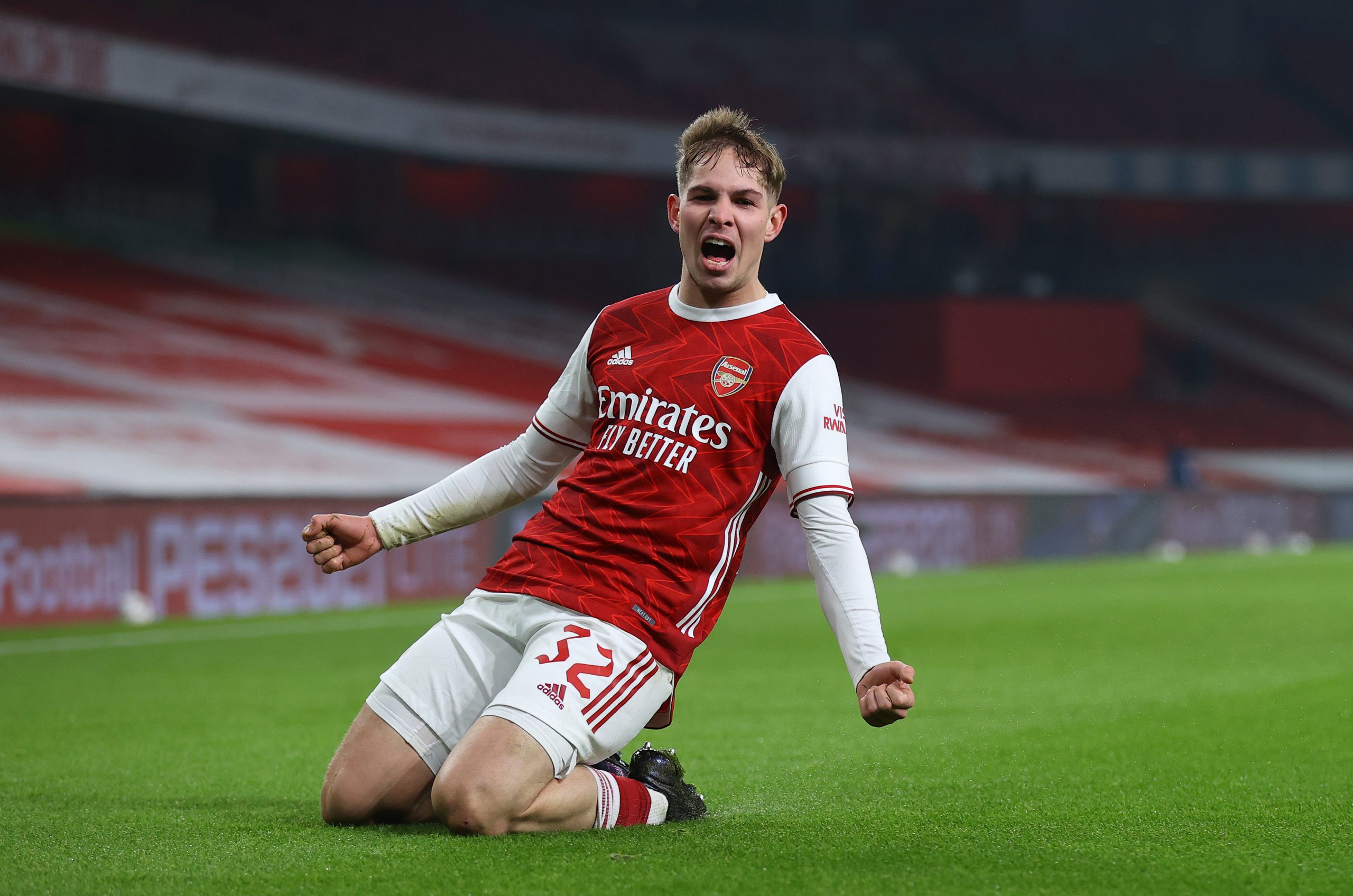 Smith Rowe has been a shining light in a below-par campaign for the Gunners. Since the youngster came into the starting XI, Arsenal have picked up 13 points from five league games, having failed to win any of the previous seven outings.

And Smith Rowe has had a massive hand in this turnaround. He has registered assists against Chelsea, West Bromwich Albion, and Newcastle United, as well as bagging against the latter in the FA Cup.

Former Manchester United right-back Gary Neville has hailed the Englishman for his contribution to Arsenal since coming into the first team, comparing his dribbling style to Premier League great Robert Pires.

Speaking on Monday Night Football, Neville said: “He (Smith Rowe) doesn’t run with the ball, he glides with it, and he’s always at a point where you feel like he can release it.

Spirits are up at the Emirates, having previously been in some trouble. Last night’s 3-0 win at home to Newcastle was their fifth in the last six in all competitions, and their fifth successive clean sheet.

Meanwhile, the younger players are stepping up for Mikel Arteta’s side. The aforementioned Smith Rowe has been superb, and Bukayo Saka has been on the scoresheet in three of the last five fixtures.

Coming up for Arsenal is a tough set of fixtures. They travel to St. Mary’s to face Southampton, before the visit of Manchester United, who are top of the table at the time of writing.