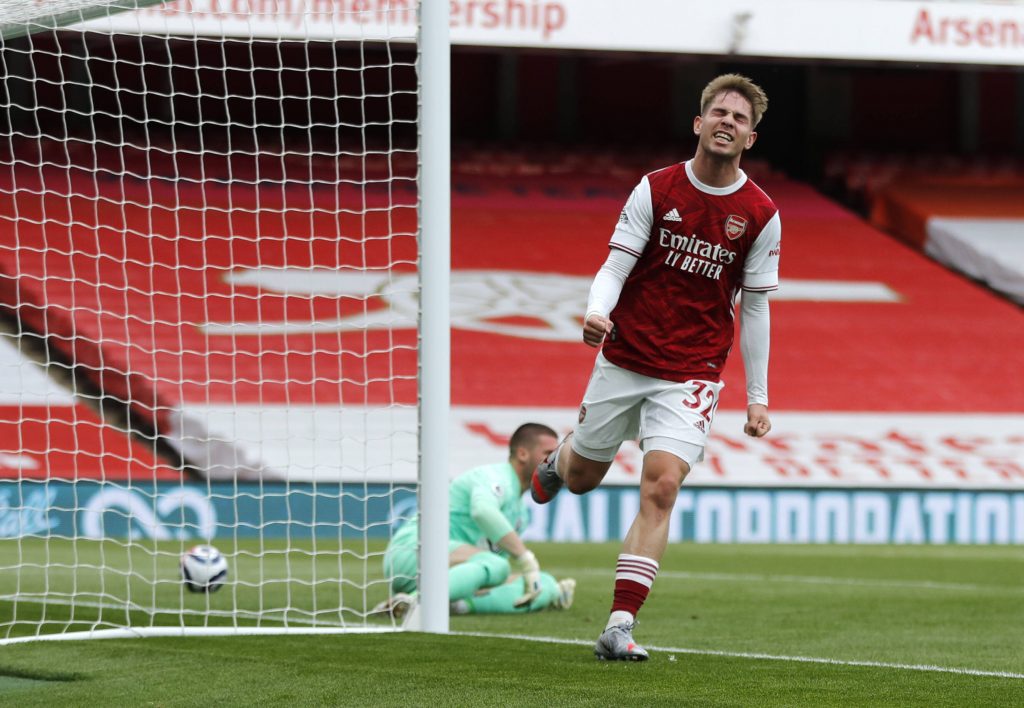 Arsenal jumped to ninth in the Premier League table after earning a 3-1 win against West Bromwich Albion at the Emirates Stadium on Sunday.

The win gives Arsenal a faint hope of qualifying for Europe while the Baggies have been relegated for the fifth time.

It was also the first time Sam Allardyce has faced relegation in his career as he failed to prevent the Baggies from going down.

Arsenal are back. Always felt they’d finish in the top half of the table.

Goals from Emile Smith Rowe, Nicolas Pepe and Willian sealed all three points for the home side.

Smith Rowe volleyed a smart opener from Bukayo Saka’s cross in the 29th minute. It was his first Premier League goal for the Gunners.

Pepe made the task more difficult for the Baggies when he scored six minutes later. He curled into the top corner to double Arsenal’s lead.

Matheus Pereira pulled one back for the visitors with a superb individual goal.

However, when Willian added a late third for Arsenal from a free-kick, it ensured West Brom’s relegation to the Championship.

Arsenal, who were knocked out of the Europa League semi-finals last week, now have a faint chance of qualifying for Europe next season.

They find themselves four points behind Tottenham Hotspur with three games still left to play.

Arsenal boss Mikel Arteta has insisted that big changes must be made to his squad for next season. The Spaniard also expects the club’s owners to back him in the transfer market.