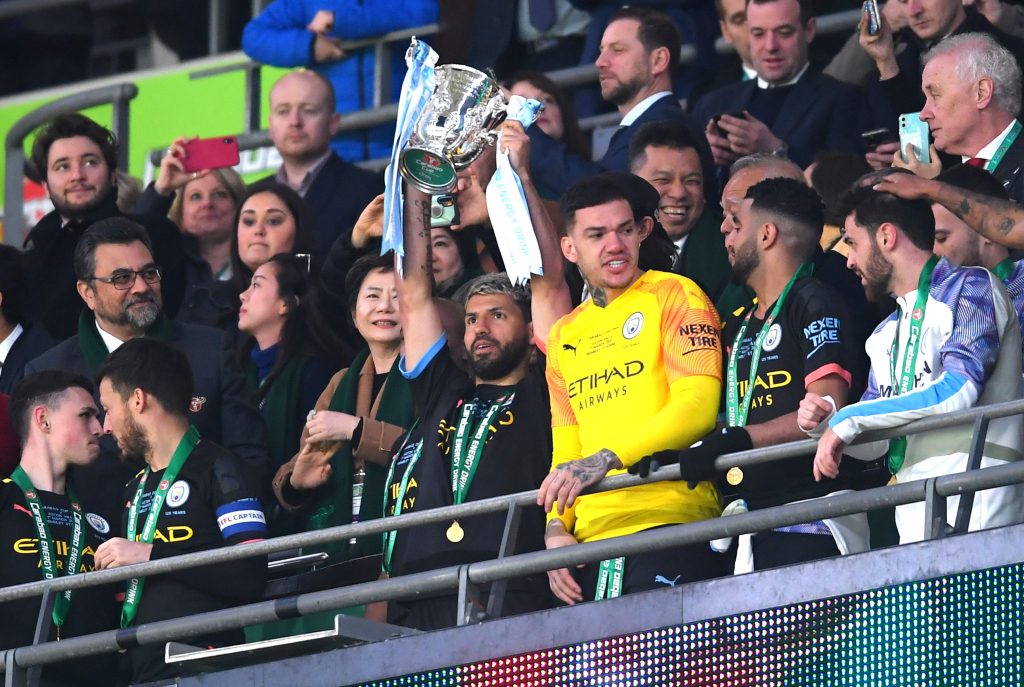 Manchester City have won the Carabao Cup after beating Aston Villa 2-1 on Sunday at Wembley.

Pep Guardiola’s side have now secured their third League Cup win in succession, and their fourth in five years.

City, who won an historic treble of domestic trophies last season, went 2-0 up with goals coming from Sergio Aguero and Rodri.

Although City dominated after the break, Villa came close to forcing into extra time when Bjorn Engels saw his header from a corner turned on to the woodwork by keeper Claudio Bravo.

City enjoyed 70% of possession, and attempted 22 shots of which they managed to keep four on target, according to BBC Sport.

It is indeed an incredible achievement for Manchester City to win the competition three times in a row. Although Guardiola’s side are unlikely to win the Premier League this season, they can end the season on a high by winning the FA Cup and the Champions League.