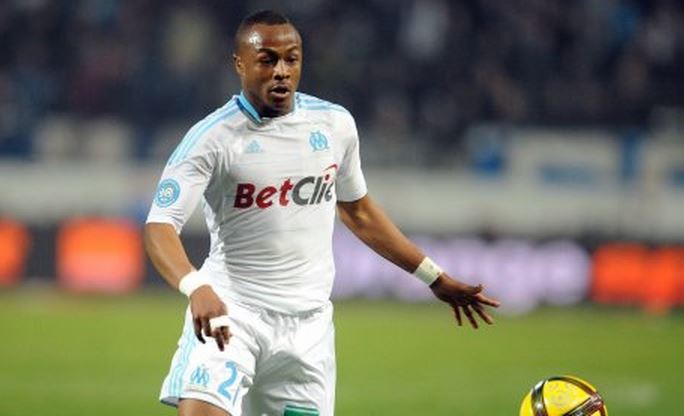 With the likes of Steven Gerrard, Winston Reid, Mikel Arteta and Ron Vlaar attracting attention due to their free agent status come the end of the season, here are five players you may not know could be picked up on the cheap as well this summer.

Able to play an array of forward and midfield positions, Ayew is a versatile player who brings strength and good hold up play to any side he’s a part of. Able to run with the ball and good in the air, his physicality should allow him to integrate quickly into the Premier League and add a direct attacking outlet to any team he joins. Although he has a worrying disciplinary record, a good man manager could help him straighten out his rash instincts. His performance in the World Cup has shown he can play at a high level, he just needs someone to take a chance.

Would Fit Well Into: Everton – With no guarantee of Aaron Lennon being there next season and the disappointing form of Aiden McGeady a true winger for next season could help Everton rediscover the form they produce in Martinez’s first season 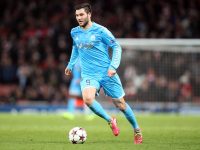 A powerful forward with a dominating aerial presence, Gignac is known to be a physical force in the final third of the field. Although he is 29 this season has been one of his strongest to date, plundering 18 goals in 31 games according to whoscored.com, showing that he may just be coming into his prime. His long range shooting makes him a prime candidate as an attacking midfielder, or even a false 9, roaming through the centre and out to the left of the field, there are plenty of mid table teams that could use him to push into the top 8 of the league.

Would Fit Well Into: West Brom – Saido Berahino is still young and has only experienced spurts of form this season, while Brown Ideye and Victor Anichebe have just managed to scrape past 10 goals between them. An experienced forward like Gignac could add a goalscoring threat to a team that lacks a serious goalscoring threat.

At just 21 years of age Loris Karius is already being compared to Manuel Neuer due to his direct style of play and powerful command of his area. A great shot stopper and reactionary saver, Karius is extremely promising but not the full article yet. His command of aerial balls needs work and his 25% clean sheet ration this season is far behind the likes of Neuer (59.26%), Leno (48.28%) and Sommer (41.38%) according to statbunker. Maybe not a first choice keeper right away but he could provide good back up as he learns the ropes.

Would Fit Well Into: Chelsea – Although Arsenal are the only Premier League team that are in for him right now, should they move for Petr Cech, their gain would leave Chelsea without a backup for Thibaut Courtois. Capital One games and some early FA Cup rounds behind a solid Chelsea defence could integrate the youngster well and prepare him for even greater things.

Although he is widely expected to pen a new deal at the end of the season, Inter’s Andrea Ranocchia would be a great addition to any tea in a league that has looked short of truly great defenders this season. A great tackler and gifted with interceptions (2.1 of each per game according to whoscored) Ranocchia is great at closing down players and closing out games, which would do well for teams like Swansea or Tottenham, who have trouble with their back lines concentrating for the full 90 minutes. Although he is a little physically awkward, his reading of the game means that he is always well positioned to cut out any attacks. Whether or not he could adapt to the faster paced style of the Premier League would have to be seen.

Would Fit Well Into: QPR – QPR have yet to buy a defender of any note since moving to the Premier League. While Onuoha and Faurlin have performed well at times, they would benefit from a steady, leading presence beside them on the pitch. A strong back line would add some stability to the team as a whole, which could catapult them further up the table.

Once hailed as the next Brazilian sensation, Alexandre Pato’s career has seemingly taken a nose dive, with the forward plying his trade at Sao Paulo on loan from Corinthians. A far cry from the wonder-kid who broke onto the scene in 2007 and scored 51 goals in 117 appearances (as per transfermarkt). However, at 25, there is still enough time for a good manager to get the best out of him and his peak seasons should still be a couple of years off. A typical Brazilian forward, his strengths lie in interplay and intricacy, deft passes, mazy dribbles and angled finishes are his forte and he could make a good strike partner in an up front two or link well with an attacking midfielder.

Would Fit Well Into: Everton – Romelu Lukaku has been nowhere near as prolific as he was last season and Arouna Kone has been disappointing back up. Pato could provide good cover for the striker’s position at Everton or maybe even play up front in a ‘little & large’ pairing with Lukaku.

On their best day, any of these five free agent picks could make a positive impact on the Premier League, but whether anyone takes up the option to remains to be seen