Germany entered the World Cup as the favorites for many, and France also had a huge following of support for their exciting prospects this time around, defying the doubters after failing so miserably in South Africa. Now one of them must bow out in the Quarter Final match-up at the Maracana. 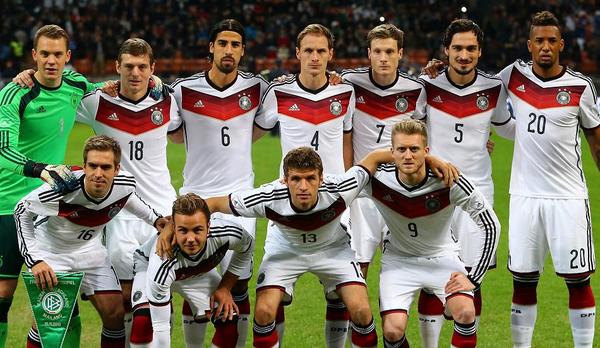 Both team looked sizzling in the pre-World Cup friendlies, solidifying belief with big wins and strong team performances. Since getting to the World Cup though, they have both tamed, especially Germany. France were stunning against Switzerland but lacking in the Ecuador follow up. They were also held for almost 80 minutes by Nigeria in the last round, which is no disgrace, but more mettle will be needed against even an off-form Germany.

France have a lot of attacking zeal and Benzema will prove to be the key man for them again, linking up well with Valbuena and Pogba and causing constant danger. Griezmann is likely to jump in ahead of Giroud as Karim’s partner, but both of the Frenchmen have a keen eye for goal and will be a handful for the Germans no matter how much they participate in the game.

Fears were roused when Ribery was ruled out of the competition, but they have coped well without the legendary winger. Their team contains a lot of exciting youth and they will give the German defense a tough shift.

The German team is at fear of sickness in the camp, a few players having questions marks on their participation in this game, so a prediction of line-up is difficult until they are assessed further. It is extremely unlikely anyone will compete in such a big game that isn’t 100% fit, which could lead to a further depleted selection for Low.

The injury to Reus on the eve of their World Cup was a huge loss for them and, other than in the first game, when their tore Portugal to shreds, the Germans have yet to be convincing enough for the quality they possess.

Goalkeeper Manuel Neuer was called upon much to often in the Algeria game, something they cannot repeat with Benzema-et-al on the prey.

Klose will be exceptionally eager to add to his record though, and he is more than capable of making me eat the words you are about to read…

This one will be a close run contest and could go all the way to penalties, where Germany will suffer their first ever loss in a World Cup shoot-out. The Germans hold the record for penalties wins with 4, the same amount France have competed in, but twice as many as they have won. History doesn’t mean a thing in the heat of the moment though and France will edge them out, is my prediction.