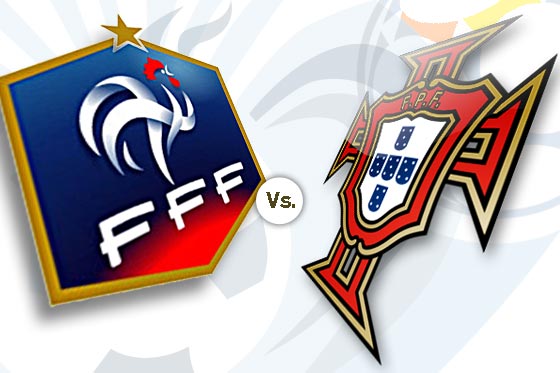 Portugal have ridden their luck en-route to the Euro 2016 final. They didn’t win a single match in the group stage, won against Croatia in the extra time and defeated Poland on penalties. The victory against Wales was their first win inside 90 minutes in this competition and it seems they are peaking at the right time.

Cristiano Ronaldo scored against Wales and set up another goal for Nani but against France, Portugal need more than his individual brilliance to beat the hosts. The Madrid star is 5/1 with Ladbrokes to score the opening goal of the match.

Anything can happen in a game of 90 minutes, but Portugal will start as clear underdogs for this tie. They have lost their last 10 matches against France and need a really spectacular performance from everyone to pull this one out.

Real Madrid defender Pepe missed Portugal’s 2-0 win over Wales in the semi-final through injury and the team will be desperate to have him back. Midfielder William Carvalho is also available for selection after serving a suspension in the last game. His inclusion could see Danilo missing out against France.

France are high on confidence after beating Germany 2-0 in the semi-final, thanks to a brace from Antoine Griezmann. The Atletico Madrid superstar is in red-hot form at the moment, with six goals to his name already and France are looking simply unstoppable with him operating from the centre.

The 4-2-3-1 system has brought the best out of Griezmann but against Germany, we saw the midfield being overrun. Will Didier Deschamps bring in N’Golo Kante in the midfield to add more steel to the midfield? Or will he stick with his attacking set-up (not breaking the winning combo) and make changes according to the situation?

The interesting part is Deschamps has no major injury worries at the moment and can pick his strongest team. This French squad looks unified and mentally stronger compared to previous French squads at a major tournament and are 4/9 with Ladbrokes to lift the trophy.