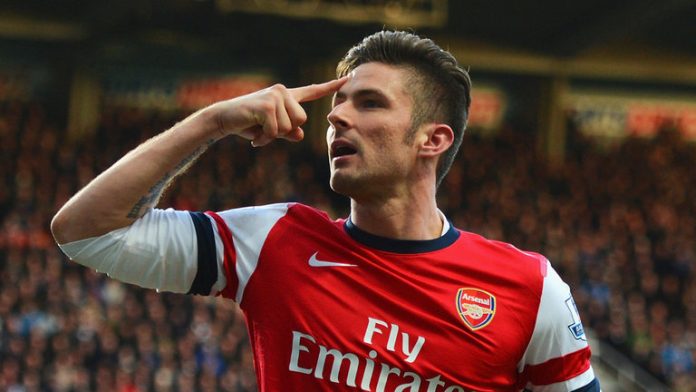 The Premier League champions have been linked with Andy Carroll this month, although another injury to the West Ham striker has scuppered that move.

Stoke City’s Peter Crouch has also been touted as a shock arrival at Stamford Bridge, but Parlour believes Giroud would be an excellent signing for the Blues.

“He would be perfect,” Parlour told Sky Sports. “Whether Arsenal would want to lose another of their players to a rival is another matter.

“But I am sure if Chelsea put a decent bid in he would be tempted because he hasn’t got to move, he can live in London, a bit like Petr Cech. He was settled in London and wanted to stay there.”

Any potential Chelsea interest in Giroud could be dashed, with Arsenal boss Arsene Wenger willing to include the French striker as a makeweight in the deal to sign Pierre-Emerick Aubameyang from Borussia Dortmund.

Aubameyang was left out of Dortmund’s squad to face Hertha Berlin on Friday as the German club believe he is ‘not fully focused’.

Giroud has previously rejected the idea of moving abroad, with his wife said to be keen on remaining in London.