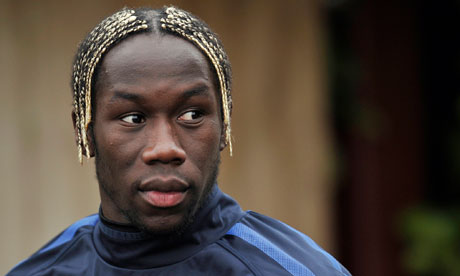 Former Arsenal and Manchester City defender Bacary Sagna has joined Benevento on a free transfer, the Italian club confirmed on their official website.

The 34-year-old was last playing for Manchester City until his release in the summer of 2017. He’s since been on the look-out for a new club, turning down a host of rich European and MLS giants by his own admission to find a side with a “wonderful story”.

Sagna, formerly of FC Sens, AJ Auxerre and Arsenal, represented the French national team on 65 occasions and has won three domestic cups with three different clubs. He was one of the best right-backs in the Premier League when starring for Arsenal and City, which is why his move to Benevento is such a shock – let alone the club’s struggles in Serie A.

His new side are currently bottom of the table with seven points from 23 games this season, coming off the back of three consecutive defeats. No side have lost more games (20) or conceded more goals (51) than Benevento, but Sagna revealed the president convinced him to the Stadio Ciro Vigorito.

“I received offers from top clubs in England, France, Spain, Turkey, United States and Italy. But they were not the right choice. I do not go to Benevento for economic reasons, I have always played at the top and the bells offer me the opportunity to represent a small team with a wonderful story,” he said.

“In an era in which football has become just a business, Benevento represents the heart, the soul of this sport: passion, heart, hope, joy, love and a philosophy close to my way of seeing life. My choice may surprise, but I’m sure 100: it’s the right one.

“President Vigorito is a man of speech and this is important to me. The warmth that showed my family, his humanity, struck me. He has done a lot for his community, especially for the less fortunate people and this is special. It represents much more than just a football club.

“Over time, people will see the benefits of my new collaboration. For now, I want to fight with Benevento for his fans, it will be a pleasure to be one of them. It’s a new beginning and, I’m sure, I’ll be a happy person.”

Sagna made over 280 appearances for Arsenal and more than 80 appearances for Manchester City. He brings a wealth of experience to Benevento, in addition to his Champions League and international pedigree, and is clearly passionate to play for the Serie A side.