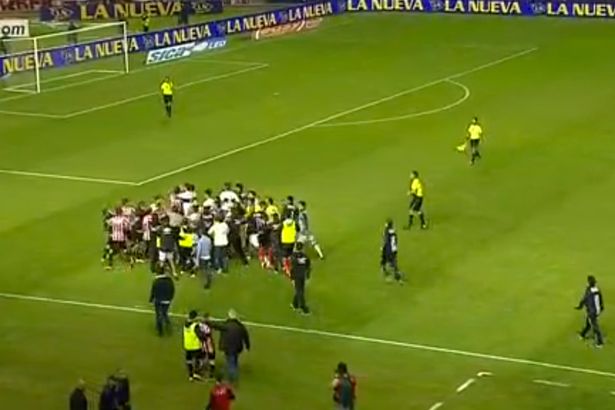 Football is a beautiful game, they say, but sometimes the game is marred by nasty violence, hooliganism and riots leading to unfortunate tragedy.

Here, I will try to collect all such major stories relating to football violence from around the world and put together under one page.

French police used tear gas to calm Chelsea supporters in the away end at the Parc des Princes during Chelsea’s 2-1 defeat to PSG in the Champions League last-16 tie in Paris on Tuesday night.

According to Daily Mail, Officers from France’s anti-riot CRS unit used CS spray to calm the Chelsea fans and confrontation between fans and police insider the ground are being reported.

In the Cordoba district of Argentina, a soccer match ended in a tragedy when a young player shot and killed the referee, named César Flores, age 48, after he showed him a red card for a foul.

The attacker, who is being hunted by the police, also shot another footballer in the chest. Fortunately, he survived. 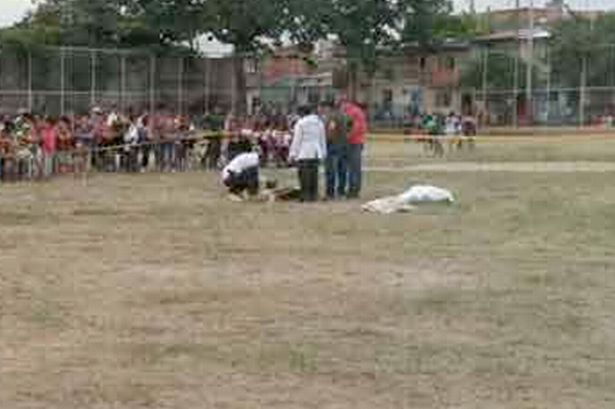 According to the Mirror, he shot the referee three times, hitting him in the head, chest and neck.

“It all happened during the match,” said a police spokesman. “We don’t know what happened with the referee but the player was angry and went to get his gun and killed him.”

A football fan appeared to have run across the pitch to launch an assault to rival supporters.

A Southend United supporter jumped off the barricade and sprinted across the pitch towards the visiting Colchester fans in the North Stand at Roots Hall.

He appeared to throw punches towards the rivals fans, before police took him away.

During a friendly match in Argentina, the situation turned hostile, where dozens of players and staff became embroiled in a mass brawl.

Players punched and kicked each other after referee showed red card to a player, following a poor tackle.

The referee was forced to stop the match between Estudiantes and Gimnasia in La Plata and police was asked to intervene to restore order.

Estudiantes goalie Mariano Andújar punched several rival players but he admitted that it was a mistake after a cool-down in the dressing room.

“It’s shameful for us, for the people who came to the stadium and for those watching on the TV”, he said as quoted by the Mirror. “We can’t finish like this. I don’t know what happened but this doesn’t do anyone any good.”