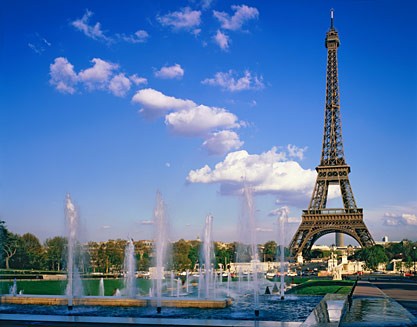 You can travel to just about any different city throughout the European continent and your footballing experience will differ in one way or another.

Here at Soccerlens we have conjured up a list of some of the best cities in Europe to indulge in a mix of football, culture, sightseeing and maybe a drop of alcohol.

So dust off your passport, get your travel insurance at the ready and discover what Europe and its football has to offer.

Where better to watch your football at the moment than at the Camp Nou among 90,000 screaming Catalans applauding the magnificence of Lionel Messi and FC Barcelona.

The city as a whole is a wonderful hotspot for those football addicts. The Camp Nou runs daily tours where you are granted all access, including a tour of the changing rooms, the press-box, the player’s tunnels and the infamous chapel beside it.

The city itself is full of culture and flair. You will find yourself immersed in the architecture and delights, including the famous Rambla which is bursting with bars, restaurants and shops.

If you are more inclined to see the dazzling feet of Cristiano Ronaldo, then the capital of Spain is your prime destination.

Home to the global juggernaut that is Real Madrid, the Santiago Bernabeu is regarded as one of the world’s most theatrical sporting arenas. The stadium has a capacity of just over 81,000, and like their bitter Catalan rivals, they offer daily tours of the ground where you can feast your eyes on their nine European Cups.

With it having its very own metro system, it is easily accessible.

Atletico Madrid, one of Spain’s most prestigious entities also plays their trade in the capital within the 54,000 seater Vicente Calderon. However, there are plans in the pipeline for the club to move to the Estadio La Peineta

The city is the financial heartbeat of southern Europe. Its elegant architecture has been carefully mixed with the more brash and modern sights. It offers an array of museums including the National Archaeological Museum of Spain. So if culture and history is your sort of thing, you will not be disappointed.

Oui, the city of Paris needs no introduction. One of the world’s most fashionable and glamorous cities offers just the one solitary football club – Paris Saint-Germain.

Like Berlin, Paris is the only other European capital to behold just one club. PSG are making ripples in the transfer market with big lavish signings such as Javier Pastore – giving you all the more reason to visit their Parc des Princes and take in a game.

The city is renowned for its diverse cuisine and cafe bars, so you will have no problem indulging your appetite.

The infamous Eiffel Tower is the city’s most popular attraction and you must pay a visit to the world’s most famous avenue, the Champs-Elysées which has an array of luxury shops, cinemas and bars.

The capital of Bavaria is the home of Germany’s biggest football club Bayern Munich.

A city that is mixed with modern and traditional architecture, Bayern’s Allianz Arena is an attraction in itself due to its unique facade. It is made up of 2,874 panels that change colour depending on who is playing (White, Germany/Red, Bayern/Blue, 1860) providing a spectacular view at night.

It will play host to this season’s Champions League Final.

The city is renowned for its beer consumption and that will keep the majority of football fans occupied during their stay.

The famous Marienplatz (St, Mary’s Square) is in the heartbeat of the city where both the old and new town hall are erected.

If you’re a shopaholic, then the Viktualienmarkt will catch your eye. It has over 140 shops and stores selling just about anything from a Mario Gomez Bayern shirt to a sack of spuds. A lot of festivals and concerts also take place here.

A real haven for its nightlife, the Czech Republic capital makes a perfect venue for you to prolong your football experience.

Home to a bundle of clubs including Sparta and Slavia Prague, the city is known for its love of football . Trips to both the Generali Arena (Sparta) and Synot Tip Arena (Slavia) will not be regrettable.

The old town square is a lively hot point bursting with bars, cafes, restaurants and an array of medieval buildings.

The Danish capital is regarded as being cool, modern and perfect for football.

Carlsberg beer is iconic within the city, leaving you in no crisis of being unable to find the nearest tavern.

Tivoli Gardens is a must see attraction, a theme park that gave Walt Disney his inspiration for the Disney resort in California.

There are an array of galleries and museums where you can see some of the work from the likes of Andy Warhol and Picasso.

The capital of Portugal is an historic yet charming city.

Home to two of Portugal’s biggest clubs, Sporting Lisbon and Benfica, both can boast at having two of the most beautiful stadiums in Europe.

The Jeronimos Monastery is a world heritage monument that is a symbol of the country’s power and wealth during the Age of Discovery. This is the most popular landmark with tourists. Must see!

The Oceanarium is one of the world’s largest aquariums. It is filled to the brim with sea creatures– around 25,000 in total. If you love wildlife, then you will love this!

Italy’s focal point for the glitz and the glamour – and it’s football clubs certainly fit that description.

Milan and Internazioanle dominate the local sports culture in Milano, sharing the infamous San Siro Stadium. With a capacity of over 82,000, the ground has played host to a World Cup and a Champions League Final down the years.

Milan’s Fashion District provides some of the best shopping opportunities in Europe, especially those with exquisite taste. You cannot look one way or the other without seeing an Armani or Versace label.

For those who want a more leisurely experience, the Parco Sempione is the perfect place to stretch those legs and take in the riveting scenic views.

The Italian capital known for its gladiatorial history – much like its clubs AS Roma and Lazio.

Both clubs occupy the Stadio Olimpico, one of world football’s infamous stadia.

No city in the world boasts the history of the Eternal City. The Colosseum is a pivotal reminder as to just how influential this great city has been to the planet as a whole. Oozing with history and culture, Rome will leave you in awe of your surroundings.

The piazza di Spagna in particular is one of the most elegant squares in Europe and is perfect for social occasions. The steps are usually crowded due to its interest but a definite must see if you are within the city.