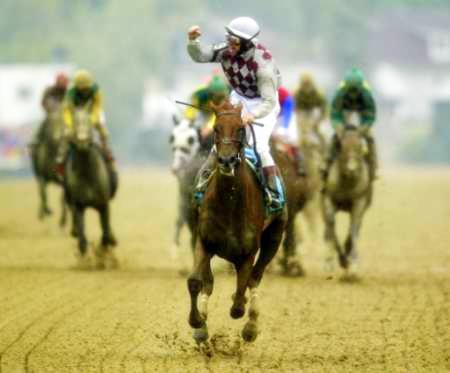 Despite the allure of horse racing amongst spectators, punters and race-goers alike, nothing beats a Saturday afternoon and a game of football. Horse racing is building in popularity and, especially with the betting on bigger races, is becoming a main sport in British society. That said, it has a long way to go to match the following of football; here’s ten reasons why the beautiful game is the superior sport.

With horse racing it’s pretty simple. Man gets on horse, horse runs and jumps. That’s it. With football the most subtle changes in tactics can change the game’s outcome. Will it be 4-4-2 or 3-5-2? Two up front or five in midfield? Bit more sophisticated than run and jump.

The characters on the touchline

The modern day football manager is a perplexity of clichés, angry rants and baffling statements; all rolled into one it makes for a hilarious watch. Ian Holloway, Neil Warnock and Harry Redknapp are a few who have entertained us over the years with their thoughts on the beautiful game.

There is nothing quite like seeing your team score a well worked goal, or your striker driving one home from 30 yards. The bicycle kick, diving header, backheel volley; the options are endless – and they make for great viewing.

In horse racing a jockey’s will to win can be judged by a small man hitting a large defenceless animal with a stick. In football, the midfield battle is pulsating viewing, as Scott Parker, Steven Gerrard and the like put body and soul on the line to win the ball and the match for their team.

Ronaldinho’s flip-flop, the Cruyff turn, Denilson’s stepover, Jay Jay Okocha’s heel flick; football has seen some phenomenal feats of skill over the years. Whether it’s a sprightly winger skipping past a full back or a cultured midfielder nutmegging an opponent, the ability of the modern day football is quite something else.

One of the most exciting things about horse racing is a neck-and-neck finish, but what about a last-gasp winner? Sheringham and Solskjaer for United in the Champions League final, Collymore in the Liverpool vs Newcastle 4-3 epic or Beckham’s free kick against Greece – just thinking about them gives your average football fan goosebumps.

The atmosphere of a packed Premier League venue is second to none, but travel around the world to watch football and you will notice one common feature; the passion of the fans. Whether its La Bombonera or Bramall Lane, the supporters’ love for the game and their team is awe-inspiring.

The Premier League is great viewing and most football fans would be content with watching their chosen side battle it out against the other 19 teams in the division. Throw into that European leagues, Champions League, World Cup, FA Cup and you have a concoction of varying football excitement.

Ah, the transfer rumour. How good is it when your team signs a new player? The endless speculation over players’ futures may well be infuriating for the managers, but it makes for a great soap opera for us fans. Last day of the window, unexpected moves, deadline deals; it’s great stuff.

Whether it’s Jurgen Klinsmann’s dive, Fabricio Ravanelli pulling his shirt over his head or the Alan Shearer put your hand in the air and run, footballers have great celebrations after scoring a goal. Frankie Dettori jumping off a horse just doesn’t cut it with me.