In the shadows of the stadia where some of the worlds richest footballers played this summer, life for many is a struggle against poverty, drugs and murder. In the wake of the World Cup, the new infrastructural developments and construction of stadia have left Brazilian taxpayers with a considerable bill. With protestors having limited political representation and the promise of economic gain taking precedent over the monetary and social costs for the poor, the slum dwellers can only hope the Brazilian government spend their profits on providing better education and health care.

Until then, it is the responsibility of those passionate about football to explore the possibilities of utilising the beautiful game to benefit the entire community. The favelas hold a particular significance to the footballing culture in Brazil, big names in the game including Ronaldo, Zico and Romário all started out by playing football in the small shanty towns they called home. Jair Ventura Filho, better known as Jairzinho, is recognised for being the only player to score at every stage of the World Cup, but now he is a legend in the favelas for the free football training he offers to poor carioca youngsters, who are seeking escape through football. 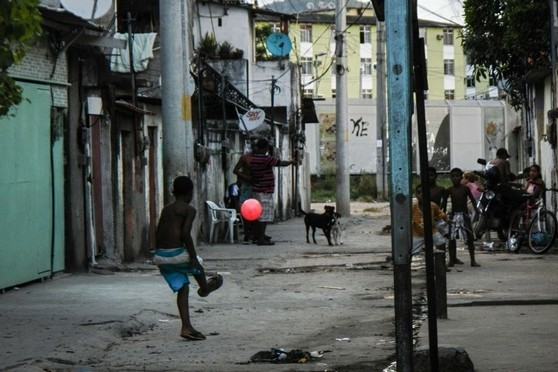 This idea of providing an alternative for underprivileged children at risk of falling into organised crime has led to the creation of football based education projects all over Brazil. The Football Beyond Borders Legacy Project supported local families to provide accommodation to international fans during the World Cup, as well as organising a ‘Favela World Cup’ for residents of local communities to play against international fans. As a result, 40 young people from the community have reached a basic conversational level of English and £3000 of direct investment went into placing roads into the accommodation so tourists can continue to stay in the future.

Street Child World Cup (in association with Save the Children) is a global movement for street children to receive the protection, rehabilitation and opportunities that all children are entitled to In April 2014 over 230 former street children from 19 countries participated in a football tournament in Rio de Janeiro to promote the importance of children’s rights.

Favela Street (operating under the wings of IBISS) uses football as a tool to improve the communicative, organisational and social skills of ex-soldados who have turned their life around. Using a four month program, these youngsters learn to become good sports coaches and act as role models for children of the project, who can only join in if they go to school. As a result of the Favela Street project, attendance in schools has risen from 40% to 98% since the program started, encouraging more children to make the right decisions and avoid the crimes that may have led to the death of their friends and family.

Young people who have suffered trauma, abuse or neglect lose touch with their instinctive and childish urge to hope, dream and express themselves. In every Favela there is always room for a football pitch, always space for a goal made from two flip flops, and always plenty to see for spectators with the power to change a child’s life, for good. 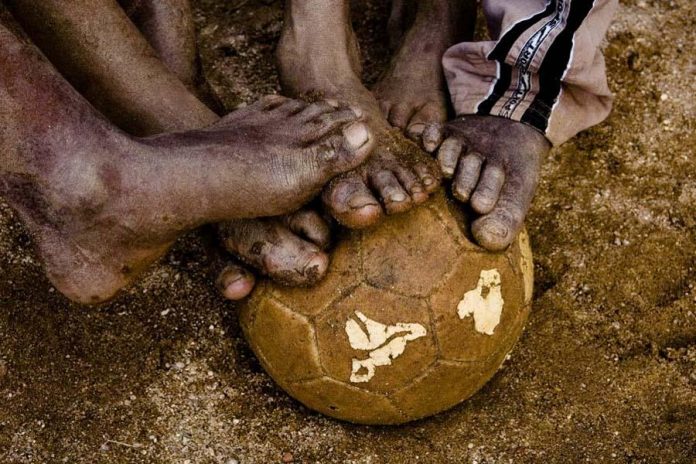