Holiday season is nearby and the season is getting more and more interesting as Real Madrid finally have the upper hand on Barcelona heading into the El Clasico and in the English Premier League, Manchester United is yet again leading the chasing pack but this time behind Manchester City.

In Germany, Bayern Munich are now on top, just one point ahead of Borussia Dortmund and Borussia M’gladbach. Montpellier top French Ligue 1 as Bordeaux is struggling at 12th.

With so much going on, it’s time for everyone to up their game and only those, who will be able to do so, will emerge victorious. Time for you to up your game too… We’re reviewing the top football boots of 2011 and you can pick what boot fits you best.

This is the boots of the greats. The Romario, Ronaldo and Paolo Maldini introduced these boots in the 1994 World Cup and today players like Gerard Pique, Ronaldinho and Javier ‘Chicharito’ Hernandez endorse them. Eric Cantona also wore the Nike Tiempos.

The latest of its kind is the Nike Tiempo Legend IV Elite. This boot is a great blend of performance features and classic craftsmanship. 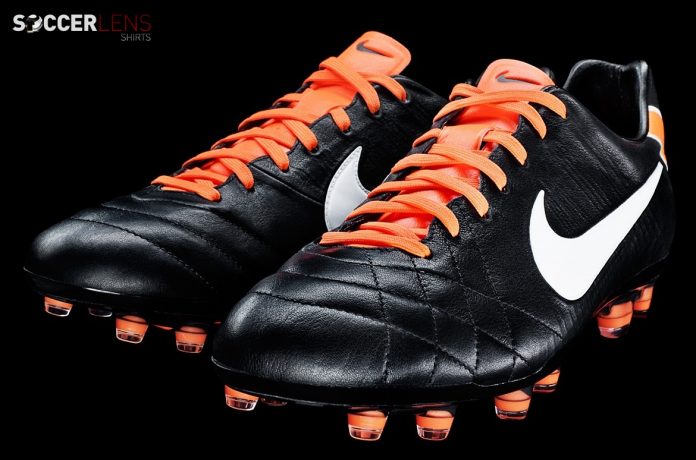 The boot is available in Metallic Summit White/Metallic Gold/Volt colors and you can personalize the boot to your liking. The original price of the boot is £274.99 but with Christmas coming, Kitbag is offering a 20% discount. You can purchase this boot for £219.99 now.

Recently, Cesc Fabregas sent ripples through the football boots community when he was seen wearing a white mystery boot in training with Barcelona. The mystery was soon solved as Puma announced the signing of Fabregas on 30th September, 2011. 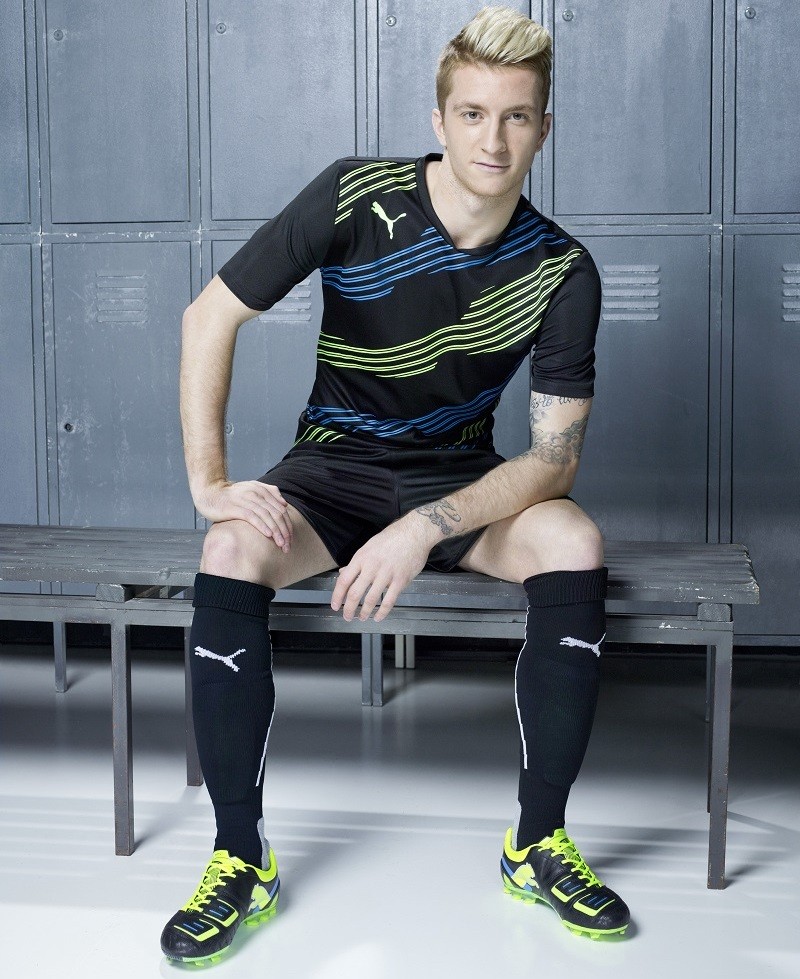 This boot is available in White/Puma Royal/Team Gold colors and you can personalize the boot to your liking. It is priced at £129.99 and you can buy this boot from Kitbag.

Before Fabregas joined Puma, he used to wear these. Andres Iniesta still endorses the CTR360 Maestri boots. Keeping these two players in mind, you can probably figure out what this boot is about.

It is an ideal boot for the creative footballer who wants a boot that can deliver complete control of the ball. Based on insights from professional footballers, Nike have refined the boot to be more comfortable and provide enhanced touch and control. 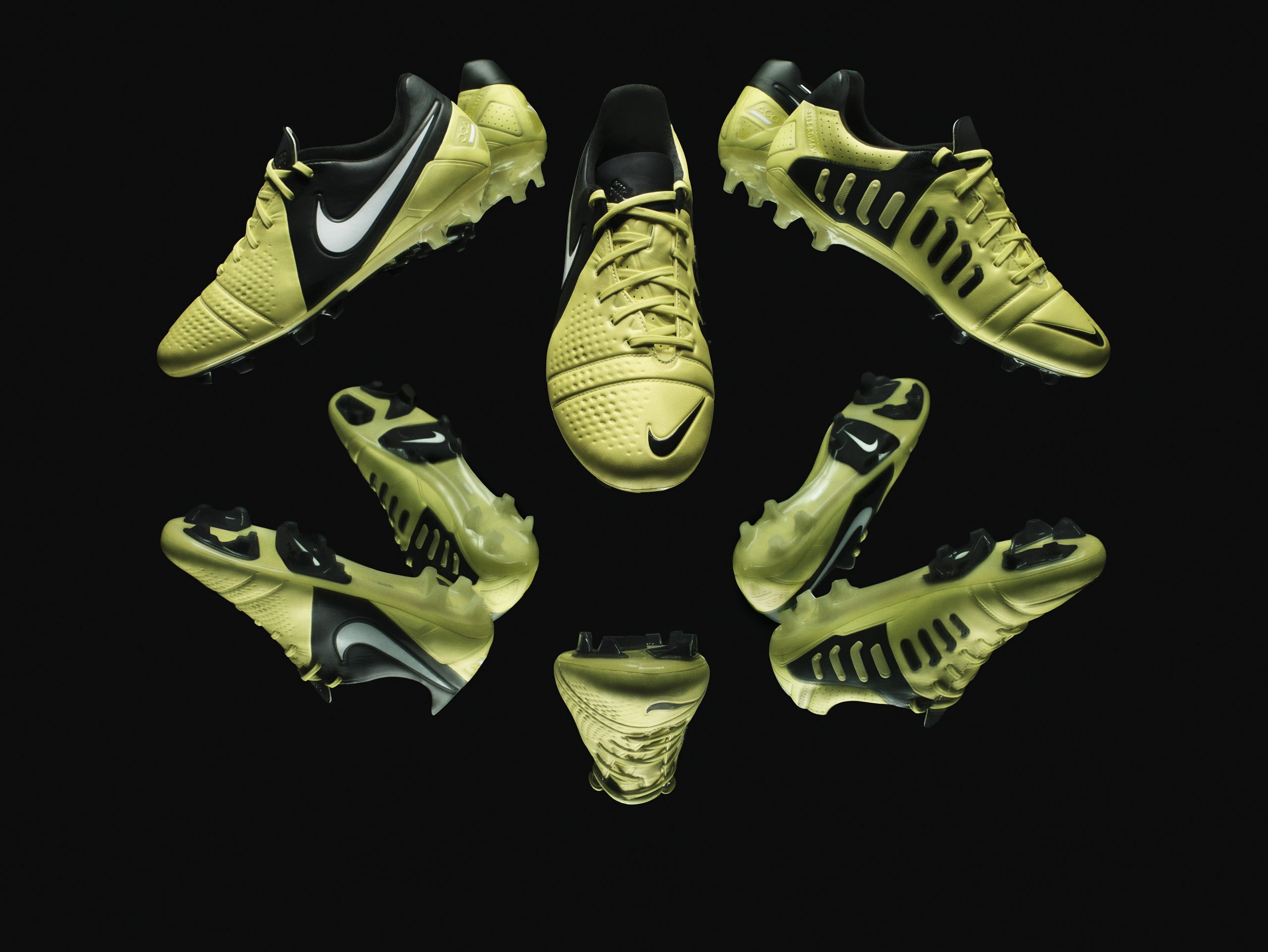 Description: Kanga-Lite synthetic material provides water-resistant comfort and great feel of the ball. The ball control area have been expanded by the asymmetrical lacing system. Forefoot has dampening pods for providing exceptional first touch control and the instep is seamlessly composed of two sections for extra friction and quick, accurate passing.

This boot is available in Black/White/Challenge Red and Metallic Plantium/Blue Glow/Black colors and you can personalize your boot to your liking. For £99.99, this boot can be yours: Buy CTR360 Maestri II.

The Predator X is endorsed by the incredible Brazil midfielder Kaka among many others. Zinedine Zidane personally gave insight in the developement of this boot.

The boot is named Predator because the boot has been engineered to maximise ball control abilities. Hence, it features “the Predator element”. It is packed with epic power and swerve thanks to an energy returning PowerSpine underfoot.

Description: The Predator element featured on the medial side of the boot is an injected silicon-rubber component welded onto the base material. It increases spin when striking the ball to ensure perfect ball control in all weather conditions. Taking a leaf out of their f50 range, they’ve addded the revolutionary Sprint Frame outsole, reducing the weight of the boot by 25%.

This boot is available in three colors and you can personalize your boot to your liking. The original price of this boot is £154.99 but Kitbag is offering 22% off this Christmas. You can now buy the Predator X for £119.99.

This is the premium quality boot from Puma. This super light weight boot endorsed by Samuel Eto’o, Sergio Aguero and Yaya Toure. Two of them are exceptional strikers and one of them can play anywhere in the center of the field.

This boot is perfect for daily football training and empowering your game.

This boot is available in Fluo Green/Midnight Navy/White and White/Black/Dresdan Blue colors and you can personalize your boot to your liking. The original price of the boot is £169.99 but you will save 20% if you buy the Puma v1.11 SL from Kitbag (for £135.99).

The latest boot in the f50 range, comes with a brain. Oh yes, the miCoach has a built-in microchip and tracking software available for you smartphone as well as an online portal. The microchip will record personal speed, distance and work-rate.

The greatest footballer of our time, Lionel Messi wears these boots and they’re one of the lightest boots in the market, weighing in at just 165 grams. 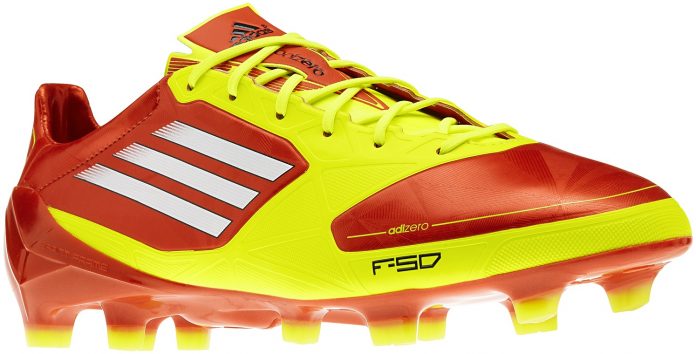 Description: miCoach features SPRINTWEB upper for stability and Traxion 2.0 stud shape for maximum acceleration and speed on soft and wet surfaces. Here’s a in-store, hands-on review of the f50 miCoach.

This boot is available in three colors and your can personalize your boot to your liking. You can buy the f50 adiZero miCoach for £119.99 from Kitbag.

For a more detailed insight on miCoach: The new adidas adiZero f50 miCoach | adidas f50 – The tip of the iceberg.

The name of the boot is enough to say who is wearing this boot. With explosive speed and lightning instinct CR7 shows that this boot is ideal for the elite player who’s looking for a lighweight design and on the pitch style perfect for pinnacle performance.

Reflecting CR’s flexible positioning being a natural on both wings and in the center is the two side design of the boot. 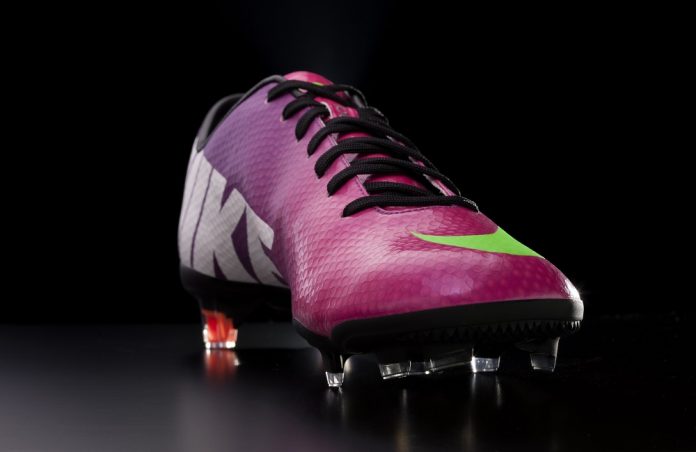 Description: The CR7 III features Nike SENSE technology for providing traction for explosive acceleration in any direction and condition. A mixture of high tensile strength fibres and thin layer of TPU forms an ultralight and ab ultra-strong upper.

This boot is only available in the color CR wants but you can personalize your boot to you liking. Sadly, there are no holiday discounts available on this boot which is priced at £223.99 on Kitbag. Click here to buy Nike Superfly CR7 III.