Opening up the papers from the past few days, one would find transfer column inches dominated by two of the biggest names in Serie A – Juan Cuadrado and Paul Pogba. There’s a sort of fatalism in Italian football concerning star players these days, in that clubs don’t possess the kind of financial clout to keep hold of them through the peak years of their careers. Those in the spotlight are most often men such as Cuadrado and Pogba, who will duly fetch significant sums of cash if or when they are sold by Fiorentina and Juventus.

Chelsea and Manchester United currently dominate the discussion surrounding both, with the former said to be in talks with the Viola over Cuadrado and the latter reportedly making a gargantuan offer to recover the lost Pogba. Back in the summer there was no shortage of individuals who expected the Colombian and Frenchman to be plying their trade on English shores by summer’s end, only for both to remain in Italy. Fiorentina and Juventus were seen to have achieved major victories by keeping their respective talismans in the camp, though it’s uncertain how much longer the duo will remain.

Yet these days, blockbuster deals are almost a dime a dozen. There’s undoubtedly a thrill to be had seeing a massive deal completed – depending on where one is standing – but there’s certainly something to be said for the brilliance of an understated move. No shortage of players spend years plying their trade in Europe’s top leagues without receiving the attention they perhaps deserve. These types don’t command the level of fees that really get the presses rolling. What the underrated do offer, however, is an incredible opportunity for another side to improve without breaking the bank.

Pogba and Cuadrado may be the talk of the town in Premier League circles when it comes to transfer targets in Serie A, only there’s quality to be found elsewhere in the Italian top flight available at a discount. Sure, everybody would love to have the duo or the likes of Miralem Pjanic, Gonzalo Higuain and young sensation Paulo Dybala – but at times, looking beyond the obvious can be the real key to reinforcing a squad properly. Following are five underrated Serie A players that Premier League clubs would do well to get their hands on this January. 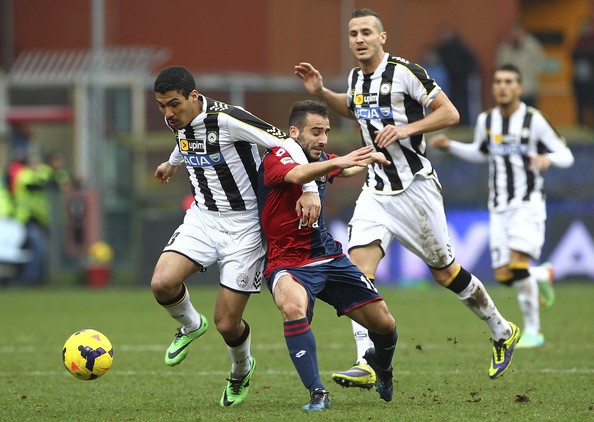 The quintessential midfield terrier, Allan is as tough as they come in the centre of the park and has shone since arriving at Udinese from his native Brazil in 2012. In his first season in Italy, the former Deportivo Maldonado man finished second in tackles with 124, behind only former Napoli hard man Valon Behrami. The Brazilian followed this up by ranking first in this category last term with 107, sitting atop the pile once again in the current campaign on 71 after 18 appearances.

With intelligent positioning, strength and pace to match, Allan is a master at making use of his physical tools to win back possession and is a tireless worker. Just 24, the Udinese man still has plenty of room to grow and would be well suited to the style of the Premier League. Liverpool and Tottenham would benefit from having the Brazilian to shield their back lines, as would Arsenal and QPR. 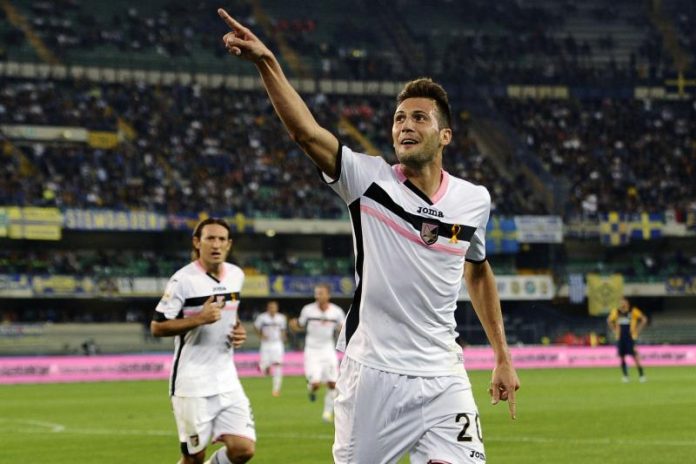 Back in January of 2012, Franco Vazquez arrived at the Renzo Barbera to serve as the successor to Javier Pastore, who had been sold to Paris Saint-Germain five months earlier for £37 million. It would take time for the Argentine to grow into the role. After a moderately successful year on loan at Rayo Vallecano, Vazquez returned to a relegated Palermo to gain experience in Serie B. This season, his consecration truly arrived.

Deployed as a second striker behind the widely-acclaimed Paulo Dybala, Vazquez has run rings around Serie A defences en route to five goals and six assists. He’s averaged an impressive 3.54 dribbles per 90 minutes – leading the Italian top flight with 61 successful take ons – and nearly two key passes per appearance. Vazquez only just renewed his contract with the Rosanero, but it’s possible Maurizio Zamparini would accept an offer in the region of £8-10 million nonetheless. The Argentine’s creative influence would be a welcome sight for both West Brom and Sunderland, with Aston Villa in desperate need but already having signed Carles Gil. 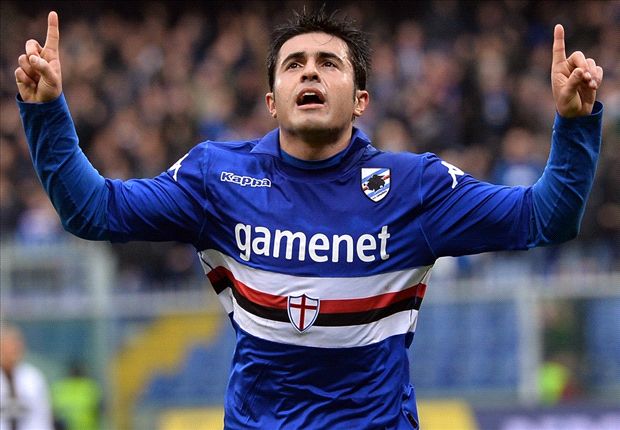 Eder took the long way around to get to where he is today, leaving his native Brazil at age 20 and blazing a trail to Sampdoria via Empoli, Frosinone, Brescia and Cesena. With the Blucerchiati he’s come into his own over the past three seasons, bagging 24 goals and 11 assists for the Genoese outfit and proving a consistent threat out wide in Serie A.

It’s the 28-year-old’s enviable work rate that makes the Sampdoria attacker so dangerous, as he is able to maintain a high tempo over the course of a match while others tire and is rarely substituted despite his efforts. Adapting to the Premier League quickly is a task well within the experienced Brazilian’s reach. A holder of an Italian passport, the South American would be able to bypass the need to apply for a work permit with the Home Office, which would be a difficult process considering his lack of international caps. Sunderland could use cover out wide to push Adam Johnson and Will Buckley, while Aston Villa are also known to be on the hunt for a winger – and Eder would be a wise signing for either. 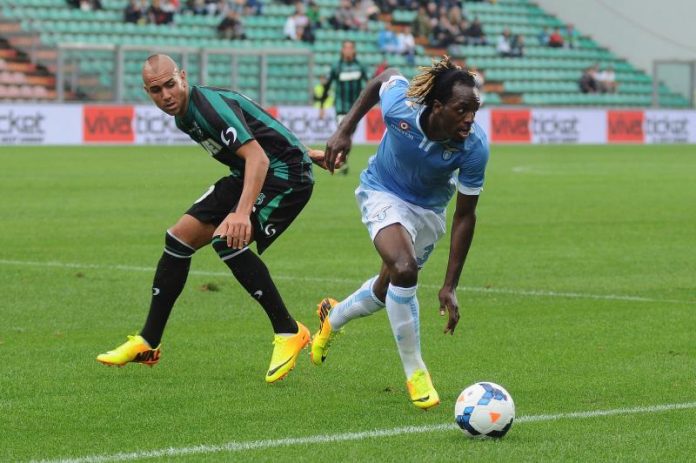 Cavanda is perhaps best known in Premier League circles for his agent having publicly flirted with Arsenal back in 2013 after speculation saw the Belgian linked with the Gunners. Since joining Lazio from Standard Liege in 2010, Cavanda has never truly been able to assert himself as a regular starter under various head coaches despite impressing when given the opportunity to do so.

The 24-year-old caught the eye in Europa League action both last term and the campaign before, revealing himself an intelligent right back who excels both in the tackle and at reading the game. Making a career-high 15 Serie A starts in the 2013-14 seasons, Cavanda now finds himself second choice to veteran stalwart and Biancocelesti summer signing Dusan Basta. Still young and itching for a chance the chance that has never really arrived for him at Lazio, the talented Cavanda would be a solid low-cost option for a few English sides. At QPR he could provide the defensive solidity at right back that Mauricio Isla doesn’t, while he’d be a bit of an untested gamble for Manchester United, but one that could pay off without a great financial outlay. 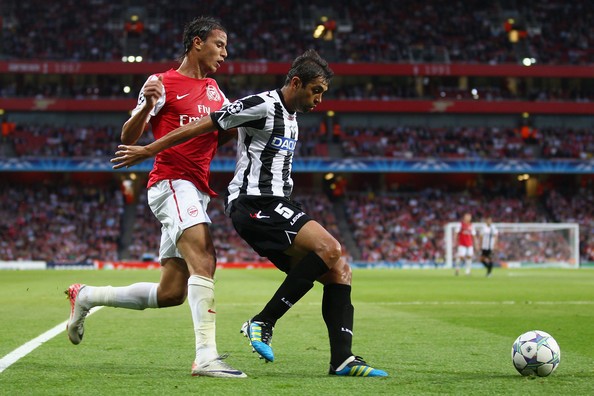 Once the third component of an impressive Udinese defence that also contained Maurizio Domizzi and Mehdi Benatia, Danilo has continued to ply his trade in Udine while the latter moved on to Bayern Munich via Roma. For his part, the Brazilian has always been an extremely consistent performer at the back for the Zebrette after leaving Palmeiras for the north east of Italy in 2011.

Danilo is a dominant centre back in the air despite not being the tallest of defenders at 184 cm. The Udinese star also boasts good instincts to cut out danger at the source through anticipation and has a no-nonsense attitude that minimises mistakes in his own penalty area. As an Italian citizen the 30-year-old would be eligible to make the move to any Premier League side willing to pay the £5-7 million Udinese would likely demand to relinquish his services. Arsenal are in great need of another center back to back up Per Mertesacker and Laurent Koscielny, with Sunderland another side that could benefit from having Danilo on their books.