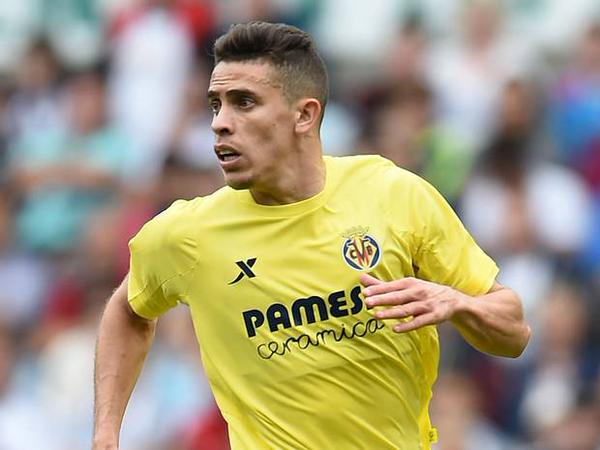 Arsenal are close to signing Brazilian defender Gabriel Paulista, after Arsene Wenger has confirmed that he expects to sign the Villarreal defender on Monday.

The 24-year-old, who is eligible to play in the Champions League, is expected to join within a day or two, once the work permit gets sported out, in a deal expected to be worth around £14m.

Q: Is the Gabriel Paulista deal over the line? Wenger: ‘It’s on the line. It will get over the line tonight and tomorrow’

In recent years, Arsenal have signed several top players from La Liga – Santi Cazorla, Mesut Ozil, Nacho Monreal, Alexis Sanchez et al – and one can expect Paulista to be another great acquisition for the North Londoners as well. His transfer is bound to lift the morale in the dressing room and here we take a look at what Arsenal fans can expect from him in coming days.

Paulista will become the second signing for Arsenal in January, with the Gunners having already signed Krystian Bielik from Legia Warsaw.  Bielik, the 17-year-old polish midfielder, is a highly talented youngster and may feature in the first team as claimed by Wenger, but there goes a feeling that he is the one for future. Paulista, on the other hand, would go straight into the first team. The sooner he down at his new club, better it is for everyone.

Need of the hour signing

But most importantly, he is just the type of player Arsenal need at the moment. The Gunners have an avalanche of attacking options but they sorely lacked the depth in defence.

The six major defenders at the club – Per Mertesacker, Laurent Koscielny, Kieran Gibbs, Mathieu Debuchy, Calum Chambers and Nacho Monreal – have had suffered injuries over the past few months, and Wenger has felt the need to strengthen that area considerably by the planned acquisition of Paulista.

We have seen in the last few years that transfer market can be inflated in January, where clubs often pay over the odds to sign a good player. Arsenal are paying a right value for the Brazilian, and with Joel Campbell, moving the other way on loan, the deal makes lot of sense. Overall, a brilliant transfer.

Wenger, like many other top managers, always buy players after intensive scouting, and this is what he feels about the player as quoted by Telegraph:

“He is 24 years old – a good size, good pace and he is a good defender. Of course he has played for only one year in Europe, perhaps there are some things to work on but the potential is there.”

The best thing about Paulista is, he is a terrific reader of the game from the centre of defence. Unlike other Arsenal defenders, he is not hurried in tackling, rather relies more on interception.

Outstanding form, balance to the team

Paulista moved to Villarreal in 2013 when he signed a long term five year contract. This season he has been in outstanding form, where he helped the La Liga giants to a 15-game unbeaten run before he missed out against Levante on Saturday.

He would add the right balance for the team with his versatility. He is mainly a central defender but is also adept at playing as right and left back roles as well.

Paulista wanted to join Arsenal and openly stated his desire to play for the Gunners. It always helps when the player you sign has his heart sealed to play for that club. He is ambitious and wants to play for a Champions League side.

As I said earlier, all major recent imports from La Liga have performed exceedingly well for the club, and one can expect Paulista to flourish at Arsenal as well.