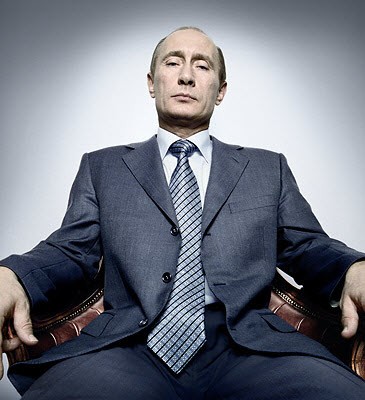 World Cup 2018 will be in Russia. World Cup 2022 will be in Qatar. Is it me, or do those two sentences look wrong? Like maybe I’ve mis-spelled the words “England” and “USA” very very badly. But those are the facts. Russia and Qatar were the winners, and England were very much the losers, going out in the first round of voting with just two votes. One of which came from Geoff Thompson, who is English.

I’ll say this for England’s performance in the World Cup bidding process: It was a perfect recreation of England’s actual World Cup performances. We had a lot of big names and went with over-inflated expectations and egos, only to be distracted by a media scandal and then be shell-shocked after exiting proceedings sooner than expected. It’s time that England fans faced the cold hard facts: English political operators just lack the technique and flair of their foreign rivals. The only way forward is to invest in youth, and get the next generation practicing fake smiles, hearty handshakes and discreet bribery from an early age.

England may be hurting, but English football will actually be just fine without hosting the World Cup in Milton Keynes. Losing the bid was a much bigger deal for the USA and Australia, countries where the beautiful game still has some developing to do in terms of national popularity. A World Cup on home soil would have gone a long way to raising football’s profile in either country, both short-term and long-term.

I’m also personally disappointed that Japan didn’t get World Cup 2022, if only because I would have loved to see them try and deliver on their futuristic technological promises of broadcasting live holographic versions of World Cup games around the world, and fans equipped with real-time Hitchhikers Guide to the Galaxy-esque translators so anyone could talk to anyone. Though I suspect Japan may be secretly relieved, because now they don’t have to work out how to make good on any of the things they fake-invented for the bid.

The 3 Up Front crew discuss the two biggest stories in English football right now. The World Cup 2018 shellacking, and of course snoods. Listen to episode 16 and then subscribe via iTunes for more.

The other big football news this week happened not behind closed doors, but out on a football pitch where everyone could see. Though in hindsight, Real Madrid would have preferred El Clasico took place somewhere private, because Barcelona absolutely wrecked them. Five nil, and Real were lucky to get nil.

I have never, ever, in all my days seen one top class team so thoroughly dismantled by another. Barcelona held possession and tac-tac-tacced the ball around endlessly, pausing only to break through Real Madrid’s comedy defence and score. I say comedy because Ramos, Carvalho, Pepe and Marcelo seemed to take the phrase “flat-back-four” 100% literally. Iker Casillas did not get the joke.

Most Off-Target Shot: Belonged to Manchester United’s John O’Shea, who received the ball on the edge of the West Ham’s area, but somehow put it out for a throw-in near the halfway line. Miraculous.

Most Violent Celebration: Bari’s Francesco Caputo, who got over-excited after scoring the equalizer against Cesena in Serie A and punched teammate Emmanuel Rivas in the face..

Worst Team in Britain: Cornish village team Madron FC, who recently lost a game 55-0 and then spoke to the newspapers about it. Maybe they should line up some easier opposition. Like Real Madrid.

The nominees for the real Soccerlens Awards have been revealed. Click on over there to vote for your favourite website/podcast/journalist and so on. The polls are open until December 20th.

Week 16 of the the Soccerlens Fantasy Football Game is coming. To be in with a chance of winning the weekly prize money, just pick your XI and enter.