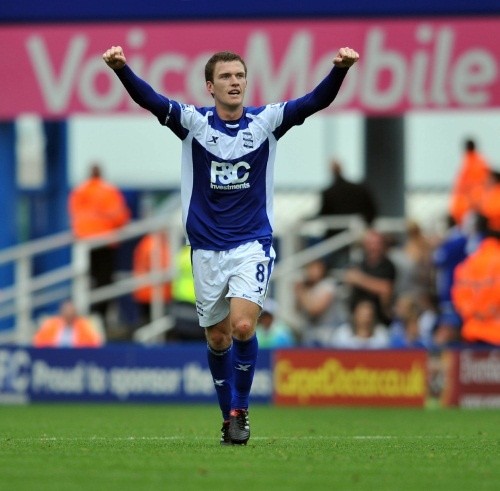 Every one loves a goal scoring midfielder. Cheslea fans love Frank Lampard, Liverpool fans worship Steven Gerrard, Arsenal fans adore Cesc Fabregas. But goals from midfield are even more important in the Soccerlens Fantasy Football Game, because while a striker’s goal is worth three points, a midfielder’s goal is worth four. Eat it strikers.

If you can load up your team with goalscoring midfielders, you’ve got an excellent chance of winning the weekly Soccerlens Fantasy Football prize money if they all put one or more away. Here’s a list of the Premier League’s top goal scoring midfielders after nine weeks of play:

If you’re wondering which of these players to select for week 10 of the Soccerlens Fantasy Football Game, then I’d say look at the two derbies: Aston Villa vs Birmingham and Newcastle vs Sunderland. Craig Gardner returns for Birmingham after a three game suspension, and I’m optimistic he’ll start against the club that sold him last January. The stage is set for a Gardner goal.

In the north-east, Kevin Nolan rediscovered his shooting boots and score for Newcastle vs West Ham last weekend. Plus he’s Newcastle’s penalty taker, successful penalties being worth three points. Sunderland’s backline has been pretty solid so far, but if anyone’s going to break down that defence it’s Nolan and his houseguest.

So sign up for Soccerlens Fantasy Football and pick your eleven. But remember to include some goal scoring midfielders, or you can wave that prize money goodbye.