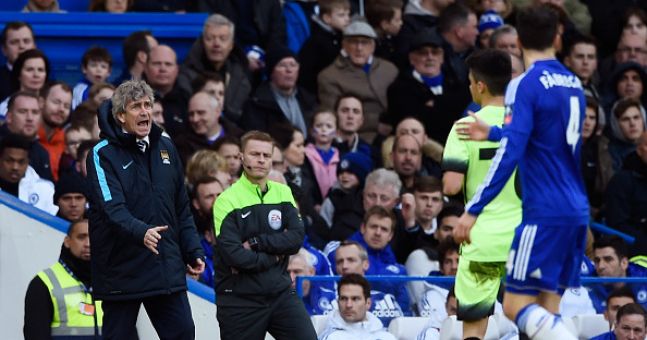 Coins thrown on football pitches or directed towards any player is a disgusting behaviour. One that should not be tolerated at any cost. It is equally deplorable when the players do the same to the fans.

For instance, around November 2008, Chelsea legend Didier Drogba was accused of throwing a coin into the crowd during a Carling Cup home game tie to Burnley.

“…he was not merely showing contempt for the game, but for fans that pay his astronomical wages.

True, it could be said Drogba’s coin chucked into the crowd was the first time one of Chelsea’s superstars had put back into the community any of the great riches they had taken out.”

Nowadays, this trend is becoming quite common among the fans, and trust me, it is bloody annoying. It is a shame for the fans who fail to realise that other football fans around the world are voluble on the issue of ever rising ticket prices. What message they want to deliver by hurling coins? No way, can it be tolerated.

In the past one week, we have two such incidents where fans threw coins directed to players during the FA Cup ties, and on both the incidents, the respective football clubs have strongly condemned the matter.

West Brom winger Chris Brunt was respectful enough to give his shirt to one of the visiting fans in the Baggies’ 3-1 defeat to Reading in the FA Cup.

But in return he was struck on the face by a coin thrown by a West Brom supporter.

“If people come to football matches and think it is acceptable to throw coins at footballers or anyone else, it is disgusting,” Brunt told BBC Sport.

FA has responded quickly, saying the governing body “strongly condemn any such behaviour” and vow to “work with both clubs and the authorities to identify those responsible.”

Pulis said: “It is just barbaric. I hope the police get involved – I think they have to. I don’t think you can allow that to go by. It’s criminal.

The other incident took place at Stamford Bridge, where some idiotic Chelsea fans threw coins at Manchester City’s young players, after the visitors celebrated Under-21 striker David Faupala’s goal.

TV cameras have images of referee Andre Marriner picking up several coins in front of the Matthew Harding stand.

Chelsea spokesman Steve Atkins said after the match: “We condemn such idiotic and dangerous behaviour and if we can identify those responsible then we will ban them from Stamford Bridge.

The Blues manager, Guus Hiddink was equally annoyed at such idiotic behaviours from the fans. He said:

“Yeah, we condemn it and I condemn it strongly and I think Chelsea will react. Those people, those persons, they must not come into stadiums.”

Other incidents of fans throwing coins at players

Metropolitan police opened an investigation after they received an official complaint regarding the incident.

According to the Daily Mail, a hot dog was also launched in Lampard’s direction from the away end.

The game will largely be remembered for Robin van Persie’s late goal against derby rivals City that gave United a 3-2 victory at the Etihad.

The aftermath of the game, however, saw Manchester United player Rio Ferdinand was left with a head wound after being struck by a coin. 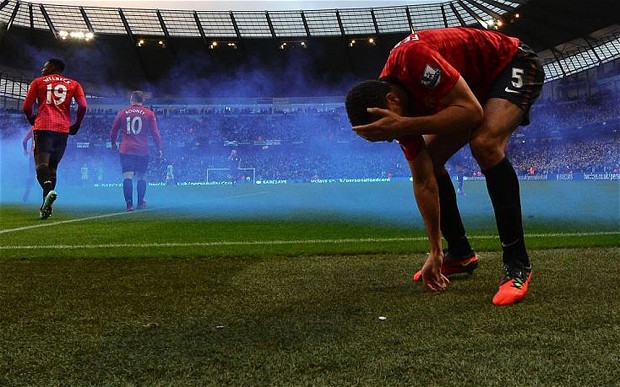 Ferdinand tweeted that he was hit by a 2p coin.

The former England defender was left with blood running down his face after the incident. An angry Manchester City ran on to the pitch towards him, but he was stopped by Manchester City goal keeper Joe Hart before he could do any harm to the defender.

Ferdinand said: “Respect to Joe Hart for protecting that idiot who ran on!! Love the banter between fans but there is a point when it goes too far…calm it!”

Theo Walcott hit with a coin by Spurs fans?

The reason why I put a question mark beside is because there weren’t enough strong evidences over the incident, but camera footage revealed that few Tottenham players appeared to have thrown coins towards the England winger. 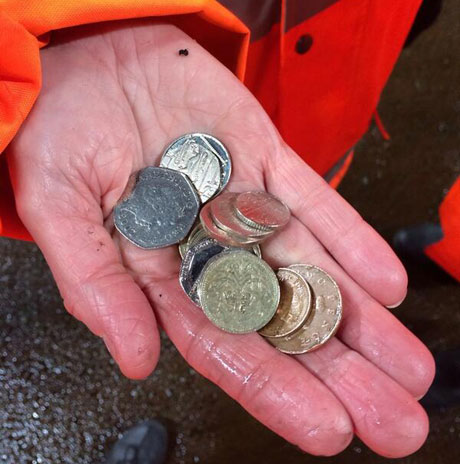 The incident happened around February 2014, when Arsenal beat Spurs in the 3rd round of the FA Cup. Walcott appeared to have angered the visiting fans while he was stretchered off, as he flashed the scoreline with his fingers.

After the match it was revealed the few Spurs fans had indeed thrown coins in direction of the Arsenal forward. Check the image above.