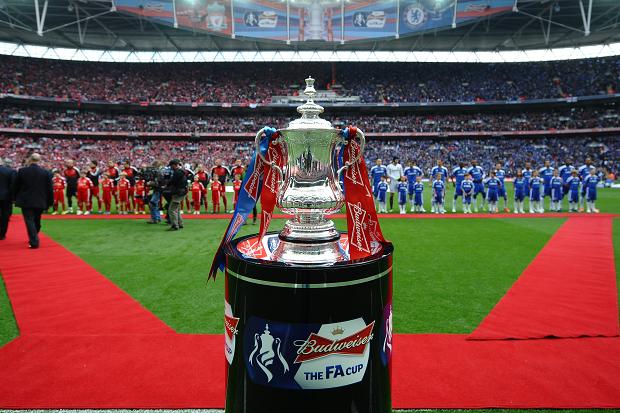 The FA Cup has lived increasingly in the shadows of the Premier League and Champions League over the past couple of decades, but the oldest club competition in the world has restored some of its former prestige this season.

Having first had the giant-killing exploits of non-league Lincoln City and Sutton United to rekindle memories of the ‘magic of the cup’, we have now reached the semi-final stage and what is arguably the strongest last four line-up in the history of the competition.

The FA Cup has always been a hugely popular competition from a betting perspective and, with so many games televised live, there’s never been a greater range of markets, free bets and enhanced odds available.

This year’s competition has already had plenty to keep punters interested in terms of upsets and David v Goliath clashes, but we are now down to four clubs who are all genuine contenders to lift the trophy at Wembley Stadium on Saturday 27th May.

The FA Cup semi-final draw will pit Chelsea against Tottenham Hotspur, whilst Manchester City will face Arsenal, with the games taking place on Saturday 22nd and Sunday 23rd April.

With a 10-point cushion at the top of the Premier League and no outside distractions, Chelsea hold a small advantage over their FA Cup rivals.  The Blues were the last team to claim the coveted league and cup double back in the 2009/10 season and they are narrow favourites with most online bookies to prevail at Wembley this year.

As things stand the FA Cup certainly isn’t top of Manchester City’s list of priorities, with a Champions’ League campaign still ongoing (provided they manage to avoid a defeat by two goals or more in Monaco of course) and plenty of work still to be done in securing a top-four Premier League finish.

It’s difficult to back Arsenal with any great confidence at present, with there being a distinct lack of self-belief both on and off the pitch at the Emirates Stadium of late.

Although they have games in hand on those above them, there is also a very real risk they could miss out on a top-four Premier League finish for the first time since the 1995/6 season.

The Gunners’ record in games against top opposition has been fairly abject for a number of years now.  This season they’ve won just five points in seven matches against their ‘Big 6’ rivals and the fact that they will have to overcome two such teams to win the trophy doesn’t bode well.

On the other hand, with growing speculation that Arsene Wenger’s 21-year reign could be coming to an end, a record-breaking seventh FA Cup success under his stewardship would be a decent way to bow out.  The question is whether the players can raise their game sufficiently to achieve that.

Tottenham haven’t lifted a trophy since winning the League Cup under Juande Ramos back in 2008 and, no doubt in a bid to ease the weight of expectation on his young squad, Mauricio Pochettino has even questioned whether they are ready to win another trophy just yet.  Remarkably Tottenham, a club with a fine FA Cup tradition, haven’t so much as reached a final in the competition since 1991.

A bigger issue for Pochettino is the likely absence of star striker Harry Kane for a lengthy spell with an ankle injury.  If predictions of a six-week absence are correct, it is decidedly touch and go whether the Premier League’s joint leading marksman this season will be available in time for the semi-final clash with Chelsea.

It’s incredibly difficult to pick a winner between four such evenly matched teams, particularly given the aforementioned competing interests of each.  Nobody will be able to accuse whichever club wins the FA Cup of having done so the easy way this season.

The Premier League is Chelsea’s to lose and if they can maintain a healthy advantage at the top of the table, Antonio Conte’s men could benefit from being able to switch their focus to the FA Cup.  Taking everything into consideration, they certainly look the best bet in this season’s competition.