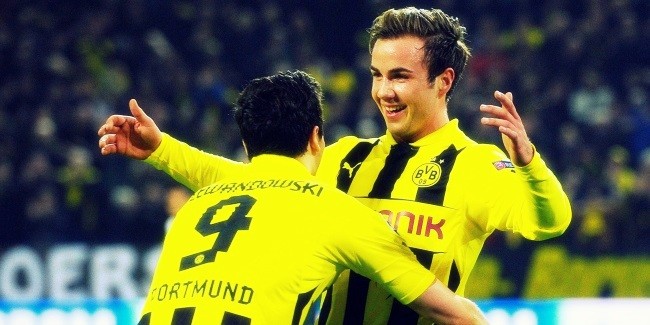 When Jurgen Klopp became manager of Borussia Dortmund, the team was languishing in football purgatory, having finished 13th in the Bundesliga under Thomas Doll the previous season and in dire need of drastic revamping, both tactically and in their personnel.

Klopp’s arrival sparked a reversal in the club’s fortunes that would shame the Brothers Grimm.

Adopting a slick, expansive passing game and playing the transfer market with remarkable insight, Klopp guided Dortmund to sixth place in his first season in charge, as well as claiming the DFL-Supercup (the German equivalent of the Community Shield) from hated rivals Bayern Munich.

The next season Klopp guided Die Borussen to a fifth place finish in the Bundesliga, and following his solid start Klopp set about building one of the most exciting young teams in Europe.

Polish striker Robert Lewandowski, bought in 2010 for just over £3 million, provided pace, strength and finishing as the lone striker.

Just behind him, wunderkind Mario Goetze and Japanese starlet Shinji Kagawa lined up the bullets for Lewandowski to fire, with the young Turkish player Nuri Sahin – a Dortmund youth graduate – pulling the strings in the midfield.

Neven Subotić and Bayern youth product Mats Hummels provided the foundation of an imposing backline, with Klopp buying Łukasz Piszczek and Marcel Schmelzer on the flanks and captain Sebastian Kehl sitting just in front of the defense.

This team won the 2010-11 Bundesliga, finishing seven points ahead of Bayer Leverkusen. The next year, Dortmund again won the Bundesliga, breaking the record for the most points accrued and equaling Bayern Munich’s 39 year-old record of 25 victories in a season, despite having lost Nuri Sahin to Real Madrid in the summer.

Sahin was immediately replaced by young Ilkay Gundogan, who has proved an excellent purchase. However the Turk’s move to Real Madrid signaled an exodus of sorts from the Westfalenstadion.

Though Dortmund were on a meteoric rise and were winning trophies, their star players became convinced that their futures lay elsewhere.

Sahin was poached by Real Madrid. The next season, Shinji Kagawa was sold to Manchester United for a fee of around £17 million.

This season, despite Dortmund reaching the Champions League final after beating Real Madrid in the semis, two more of their key players expressed their wishes to leave: Robert Lewandowski announced he would not re-sign for the club, and Mario Goetze went one step further in signing for Dortmund’s fierce rivals Bayern Munich.

Klopp has managed to maintain his own high standards through transfer market brilliance, signing Borussia Monchengladbach’s Marco Reus who has proved to be a revolution – but the flow of top-class talent out the door is surely close to crippling the club.

This begs the question: why would the foundation of one of the best and most successful teams in the world decide their futures lay elsewhere? Why would they leave?

Dortmund’s situation is not unparalleled, of course. Arsenal’s squad of 2010-11 had a similar spread of brilliant young talent in Samir Nasri, Emmanuel Adebayor, Gael Clichy and Cesc Fabregas. But the Gunners failed to win anything with their starlets. Their players became fed up with the squad’s limitations, and left in search of immediate success.

Unlike Arsenal, however, Dortmund’s 2011-12 squad was on top of the world. They had a brilliant young manager and a deep, exciting squad. They played beautiful football and had (and still have) one of the most passionate and vocal fan bases in world football.

Most of all, they were winning – not just winning, in fact, they were dominating. What convinced their players that the grass was greener on the other side?

Money, of course, plays a large part in these dealings. Kagawa, who was bought for just under £300,000, was sold for around 56 times his original cost. Goetze had a buyout clause inserted into his contract and a club with the financial muscle of Bayern could always justify such an investment when measuring Goetze’s cost against the mileage they would get out of the youngster.

But there is another factor at play: the corporatisation of football’s elite clubs and players.

Clubs like Real Madrid, Barcelona, Chelsea and Manchester United are not just clubs, they’re brands. Their names alone are associated with the elite of football, and playing for one of these clubs is viewed as being the holy grail for a footballer, even if doing so might inhibit their playing career.

Scott Sinclair, Michael Owen, Alex Song and Jack Rodwell are just four of a multitude of examples of players who pushed through moves to massive clubs that simply haven’t worked out.

Sahin himself spent a year on the fringes at Real Madrid, competing for a starting berth with Xabi Alonso and Sami Khedira, before finally being loaned out to Liverpool and, ironically, back to Dortmund, where he is currently backup playmaker to his replacement Gundogan. 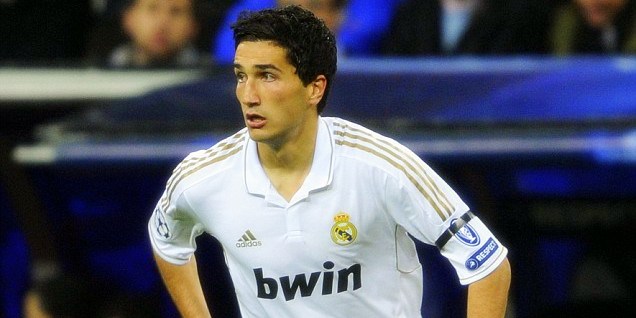 It is incredibly difficult for any club to muscle their way into this elite group of clubs, because as soon as a club shows any sign of having the potential to mount a serious, long-term challenge they are immediately raided by other teams with more financial clout and more prestige attached to their names.

Atletico Madrid are surely within one or two seasons of losing Radamel Falcao to a European heavyweight. Fiorentina are in the same boat with Stevan Jovetic. But while these teams were never on the cusp of European dominance, Dortmund were.

There is a lot of talk in football today about financial imbalance. Financial Fair Play will go some way to resolving this, but just as big an issue is that of brand awareness: all things being equal, would an outstanding young player rather sign for a club with the history and prestige of Bayern Munich, or the so-so, historically-middling Borussia Dortmund?

Players often leave clubs claiming they “didn’t leave for the money”. We scoff, but more often than not, I don’t actually think it is about the money. It’s about the name. It’s the reason people pay £100 for a pair of socks from Louis Vuitton, or £5,000 for a Prada handbag: because those names, for better or (more likely) worse, have an aura attached to them.

Sahin stated upon leaving Dortmund said that he was leaving to play for “the biggest team on earth”. This is an indicative statement: the “biggest”. Not the best, not the most promising. The biggest.

“A rose by any other name would smell as sweet.”

You would think this would apply to success as well, and particularly success in a field as competitive as football. It appears, however, that the prize that catches eyes is not necessarily success; not necessarily glory; but prestige.

Borussia Dortmund’s current plight proves the theory: even when you beat them, you can’t necessarily join them.

On Wayne Rooney’s transfer request: “Sometimes you look in a field and you see a cow and you think it’s a better cow than the one you’ve got in your own field. It’s a fact. Right? And it never really works out that way.”