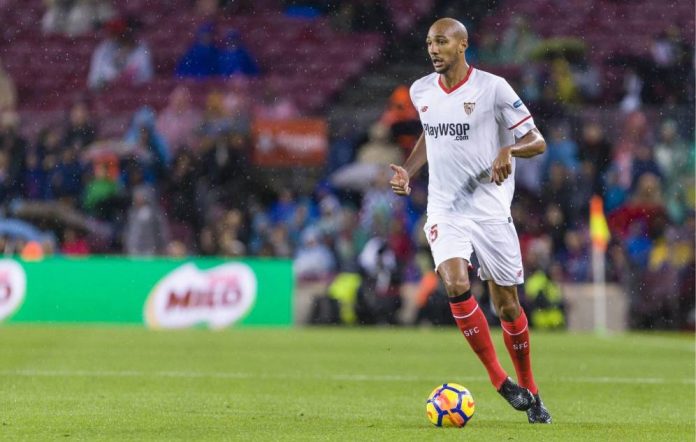 Arsenal and Everton are interested in signing the Stade Rennais midfielder, (on loan from Roma) Steven Nzonzi.

The 32-year-old has played in the Premier League before and he could prove to be a quality short term addition for both clubs.

According to footmercato, the midfielder has a contract with Roma until June 2022 but the Italian club are keen on terminating his deal with them. Rennes might look to sign him permanently.

Arsenal need a quality defensive midfielder like Nzonzi and he could be an upgrade on the likes of Mohamed Elneny (who has failed to impress) if he joined the Gunners this month.

As far as Everton are concerned, they signed Allan from Napoli in the summer and the Brazilian has proven to be a superb signing. However, the Everton midfield has struggled in the Brazilian’s absence recently and Nzonzi would be a quality alternative.

The Frenchman could play the defensive midfield role for Everton when Allan is injured or in need of rotation.

Furthermore, defensive midfielder Jean-Philippe Gbamin’s Everton career has been plagued with injuries and Nzonzi could take his spot in the squad as well.

He would add presence and defensive quality to Carlo Ancelotti’s midfield and it remains to be seen if the Toffees can fend off the competition and sign the midfielder this month.

Nzonzi’s prior experience of playing in the Premier League should help him settle in quickly and make an instant impact.