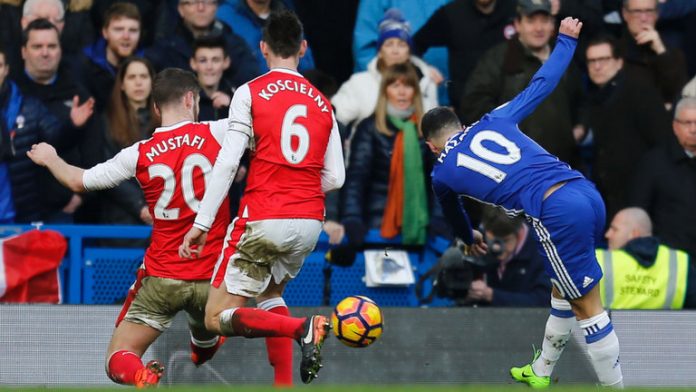 The build-up to the 2018/19 Europa League Final has been a hectic one, with the clash between Arsenal and Chelsea on May 29 providing a plethora of major talking points.

Rumours about the future of manager Maurizio Sarri have been an unwelcome distraction to Chelsea’s preparations, particularly after what appears to have been a solid first season in charge of the club.

A row over the venue for the final is another issue that has been splashed across various media outlets over the past few days, giving fans plenty to debate in the run-up to the game.

Read on as we look at three of the main stories doing the rounds ahead of the final.

Chelsea manager Maurizio Sarri faces an uncertain future despite leading Chelsea to two cup finals and third place in the Premier League during his first season in the hot-seat.

Sarri has been linked with Juventus after their manager Massimiliano Allegri announced he was leaving and plenty of punters have been using the bet365 bonus code to back him to return to Italy.

The 60-year-old has insisted he is happy at Stamford Bridge, but it’s fair to say that he hasn’t been a hit with plenty of Chelsea fans.

Success in the Europa League would be the perfect answer to his critics and put Sarri in a much stronger position to determine his own future.

Henrikh Mkhitaryan’s refusal to travel to Baku for the final due to fears over his safety hasn’t met with universal approval.

Mkhitaryan has cited concerns over the ongoing political tension between his native Armenia and Azerbaijan as justification for his decision.

However, the UK ambassador for Azerbaijan, Tahir Taghizade, blasted Mkhitaryan and claimed the Gunners star has nothing to worry about.

Despite Taghizade’s views, Mkhitaryan is well within his rights to feel concerned about playing in a country that appears to be a questionable choice by UEFA to host a final.

In addition to querying Mkhitaryan’s absence, Wenger spoke out on behalf of both sets of supporters who have been faced with a logistical nightmare to watch the final.

The Chelsea Supporters Trust issued a strongly worded statement about Baku’s suitability as a venue and it is a stance that Wenger has plenty of sympathy with.

“The teams do not have such a problem,” he said. “They live in ideal conditions, they have a private jet, they have nice business seats – it’s the fans.”