Euro 2016: Gareth Bale the difference as McAuley own-goal sends Wales into the Quarter-Finals 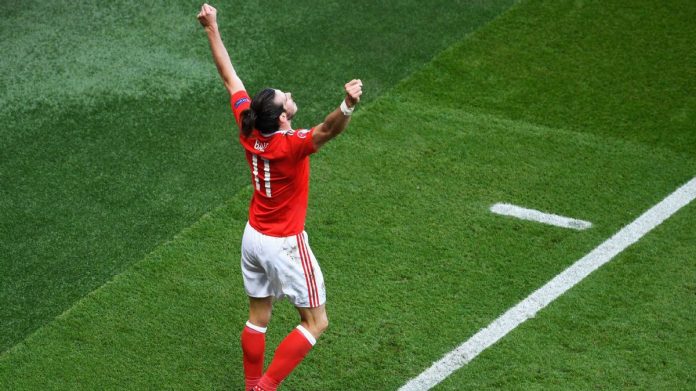 A second half Gareth McAuley own goal was enough to send Wales into the quarter finals of Euro 2016 on Saturday afternoon in Paris at the expense of Northern Ireland, with Chris Coleman’s underdogs reaching the last eight in their first ever European Championship Finals.

It was not the blood and thunder last 16 encounter that many expected, with Northern Ireland setting up specifically to counteract and quash Welsh confidence and swagger. Led by Gareth Bale, a reported £94m transfer target for Manchester United, Wales had finished top of Group B ahead of England, with a resounding 3-0 win over Russia showcasing their growing stature at the Euros.

But Bale, the current top scorer in the competition, found space limited and options few and far between at the Parc des Princes as Northern Ireland hassled and harried without the ball, cutting off supply lines and ensuring that the last 16 clash went down to the wire.

Indeed, it was a moment of magic that settled the contest – and it was that man Bale who finally came up with the goods. Collecting an Aaron Ramsey pass on the left flank, Bale whipped in a delicious cross which pitched up in front of McAuley, with the 36-year-old only able to divert the ball into the net with the marauding Hal Robson-Kanu ready for the tap in just behind him. 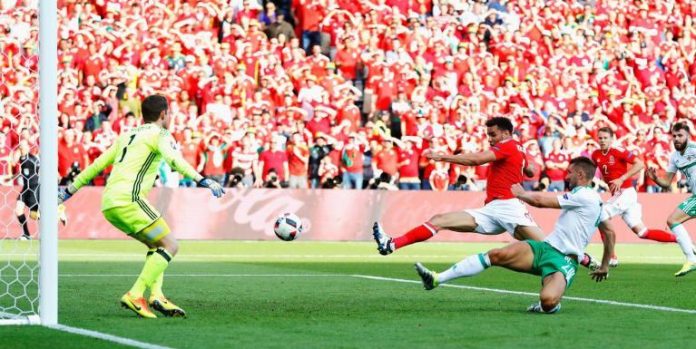 Wales will face either Hungary or Belgium in the last eight, with either potential matches not unwinnable for Chris Coleman’s men, with Belgium not having hit their stride and the Hungarians not a major power in recent years.

Wales started the match against Northern Ireland as favourites to progress – not something they would have been accustomed to, having been perennial underdogs since the tournament began. They started slowly, as if the sense of occasion had the better of them, with Northern Ireland the first to carve out a real opening, in the 10th minute, with Stuart Dallas’ effort from the left palmed away by Wales keeper Wayne Hennessy.

Wales did have the ball in the net soon after but Arsenal man Aaron Ramsey was called offside after tapping in a Sam Vokes knockdown.

It was a decidedly cagey first half, with both sides struggling to find rhythm. Bar the Dallas effort and Ramsey’s offside goal, the only moment of note arrived just after the 20 minute mark as Hennessy tipped Jamie Ward’s rasping drive over the bar.

Wales began to grow into the match as the second half began with Vokes somehow heading wide from Ramsey’s brilliant ball in from the right just before the hour. Five minutes later, Gareth Bale came close with a trademark freekick from the right.

The 26-year-old has scored directly from two set pieces so far this summer and Northern Ireland keeper Michael McGovern did well to prevent the Real Madrid man from adding to his tally, touching his goal-bound free kick round his left-hand post.

McGovern is currently a free agent, putting into context the achievement of Michael O’Neil’s side in reaching the last 16. Northern Ireland finished third in Group C behind Poland and Germany, with many tipping them to be one of the first to exit the competition. A compact and well-drilled side, clearly seen in their performance against Wales; Northern Ireland will be bitterly disappointed in the manner of their defeat.

They have, however, had quite the journey, with their dramatic 2-0 win over Ukraine the highlight of their and the Northern Irish fans’ summer. McAuley was the hero that evening, scoring the second with a guided header to send his nation into ecstasy. He remains a hero despite his tragic own goal, with Wales marching on to continue their own fairytale adventure, making new heroes along the way. 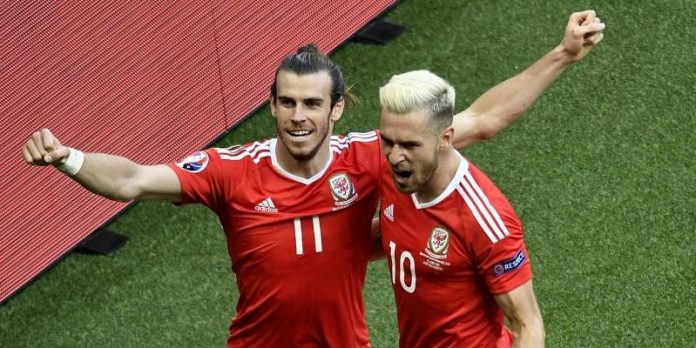