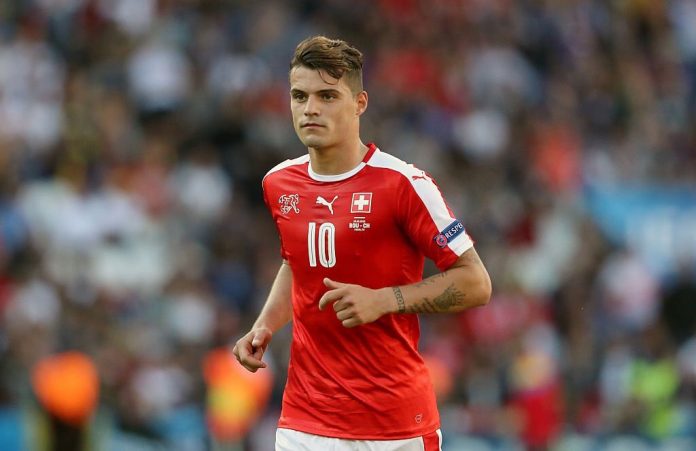 France have secured the top of Group A at the Euro 2016 Championships after a 0-0 draw with Switzerland at Stade Pierre-Mauroy in Lille on Sunday.

Didier Deschamps made a few changes to the starting XI that won against Albania in the previous game. Paul Pogba and Antione Griezmann returned to starting line-up, while Andre-Pierre Gignac, Yohan Cabaye and Moussa Sissoko were included in the first team as well.

France looked lively in the opening 45 minutes, with Juventus midfielder Paul Pogba putting up an inspired performance. However, the overall performance was far from convincing and the hosts hardly created enough clear cut goal scoring chances.

Knowing, a point will be enough for Switzerland to qualify for the next round, the tempo of the match dropped dramatically in the second half, with both sides willing to play safe.

It was an average performance for France, with none of the players apart from Paul Pogba (although Moussa Sissoko did a good job) really produced an eye-catchy performance. And yet, Pogba, who is reportedly wanted by Manchester United and Real Madrid, and the clubs would need to pay around €160m for his signature, quite surprisingly drifted away in the second half. Nevertheless, it was his best performance of the tournament so far.

He was energetic and lively in the opening 45 minutes and rattled the woodwork twice in the first half. Deschamps said after the match that he considers Pogba as the “heart and soul” of his team and wants the 23-year-old to reach his peak form in remaining games.

For the third game in a row, Switzerland’s Granit Xhaka has impressed heavily. An assured presence in the midfield, unflappable on the ball, the new-signing Arsenal midfielder made 94 passes (more than any other player on the pitch) with an enviable 89.4% passing accuracy. He attempted 14 long balls (11 successful) and created one scoring opportunity as well. Along with that, he made 3 tackles with 2 clearances on the night, as Switzerland enjoyed an overwhelming 58% possession.

The result puts both France and Switzerland through to the next round. But will Albania join them? Armando Sadiku’s first-half header clinched Albania their first win at a major tournament against Russia on Sunday. They are now third in the table with three points, and still in with a chance to make the round of 16.