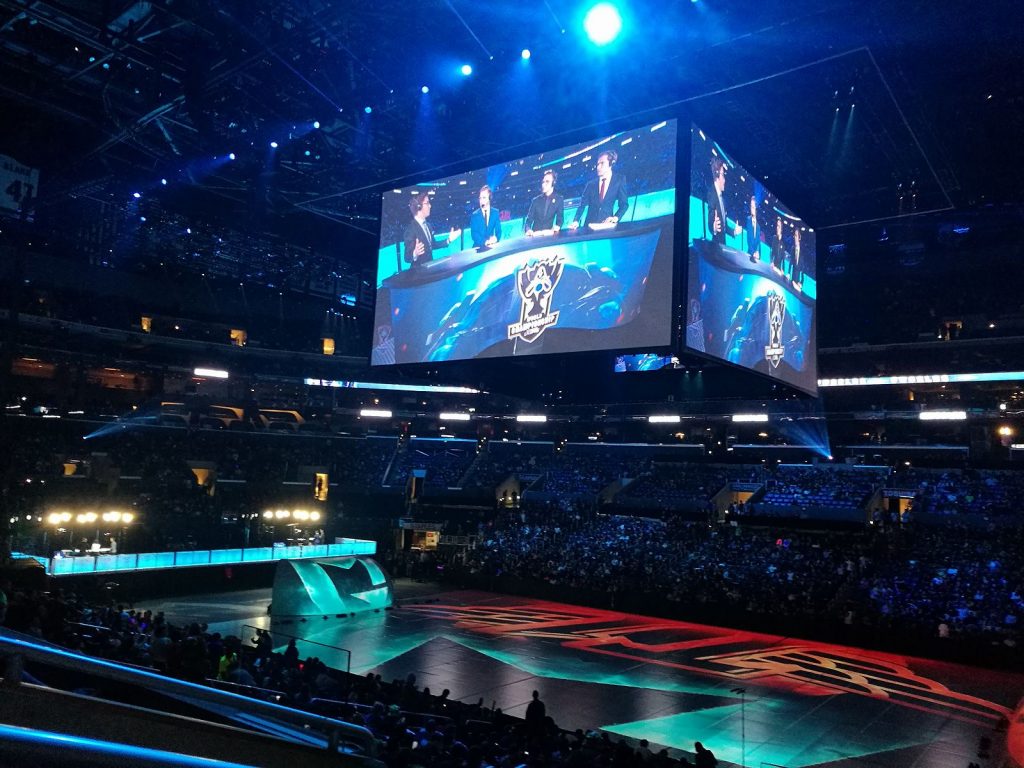 eSports is one of THE biggest success stories of the 21st century having shaken off its perception as a pursuit for geeky teenagers to become a worldwide phenomenon.

Annual revenues in the industry are already around the $1 billion mark and experts are tipping that figure to keep rising over the coming years.

Approximately 500 million people currently watch eSports around the world, giving it the potential to become a genuine challenger to traditional top sports events in the future.

Increased exposure from major broadcasters like ESPN has powered the growth in eSports, sparking interest from both big sponsors and the betting industry.

Having crossed over into the mainstream, many sports organisations have made moves to link themselves officially with their eSports equivalent.

With the prospect of further investment into the sector, it is fair to say that the sky is the limit for the burgeoning world of eSports.

Read on as we take a look at some of the most popular eSports games, the biggest tournaments, earnings and much more.

As with most genres, there are a select group of games within eSports which stand head and shoulders above the rest in terms of popularity.

Dota 2, Counter-Strike: Global Offensive (CS:GO), Fortnite and League of Legends (LOL) are firmly established at the top of the tree, attracting interest from people across the world.

LOL is arguably the most iconic game of that quartet amongst gamers, with the popular multi-player battle arena game boasting 100 million active players and an exciting professional eSports circuit.

Fortnite has also made its mark since being launched in 2017, attracting more than 125 million players in less than a year.

Those titles are not alone in being popular in eSports circles, with the likes of Call Of Duty, StarCraft II, Overwatch and Hearthstone amongst a plethora of games that have enjoyed huge success.

Traditional sports have also started to cross seamlessly into eSports, with games like the FIFA series, NBA 2K and Formula 1 quickly building some traction in the industry.

Many people dismissed eSports as a passing fad when it first arrived on the scene, but the reality has proved to be somewhat different.

Given that it is one of the most popular games, it comes as no surprise to find that LOL features in one of the biggest in the eSports calendar.

The LOL World Championships, which is staged in the 55,000 capacity Shanghai Stadium in China, is the most-watched eSports event on the planet.

Another hugely popular annual event is The International, a gathering of the finest exponents of Dota 2 who battle to be crowned as world champions in the game.

It is a similar story for Fortnite, with the World Cup acting as the pinnacle of the game since it was first staged in 2018.

The annual BlizzCon event held towards the end of the year also stages numerous eSports competitions, including the StarCraft II championships and the World of Warcraft arena tournament.

There are also major annual eSports events for CS:GO, Overwatch, Free Fire and many more, all of which offer players the chance to test themselves at the highest level.

eSports also has a growing number of leagues, with the likes of the Call of Duty League and the F1 Pro League proving to be hugely popular.

Increased interest from broadcasters and sponsors has driven major growth in the amount of prize money on offer in eSports.

Dota 2 is a leader in the financial stakes, with more than $220m up for grabs across the various tournaments staged each year.

Around $45m of that comes from The International, highlighting the lucrative nature of eSports in the 21st century.

CS:GO is another major money-spinner, with players able to grab a share of over $96m from events staged across the year.

As one of the newer eSports around Fortnite still has plenty of potential for growth, although the $85m up for grabs on annual basis is certainly not to be sniffed at.

Kyle ‘Bugha’ Giersdorf will undoubtedly agree with that sentiment having scooped $3m at the 2019 Fortnite World Cup aged just 16.

With major organisations like Coca-Cola and Red Bull joining the eSports party, these figures should continue to grow for the foreseeable future.

How to Get Started in eSports

There are numerous ways to get involved in eSports and you don’t necessarily have to be a professional standard player to jump on the bandwagon.

Much like traditional sports, the eSports industry has a huge network of people that contribute to the development of the genre.

These include roles in broadcasting, marketing, coaching, management, advertising, administration and many more.

Many companies in the sector have dozens of roles available and new ones are being added to job websites on a daily basis.

For anyone aiming to pursue a long-lasting career in eSports, gaining work experience is a great place to start – particularly if you combine this with studies in an associated field.

It pays to focus on a specialism, so if you have great journalism skills try and use these to establish yourself within the eSports niche.

This ethos applies to every other aspect of eSports you can think of and will help you stand out from the crowd when you try to get into the industry.

The Future of eSports

Having now crossed into the mainstream it is not unreasonable to think that eSports will continue to boom over the next few years.

Experts are predicting that annual revenues may nearly double by 2022, with North America expected to provide a big chunk of that growth.

China has also been tipped to become a leader in eSports, highlighting the growing worldwide appeal of the industry.

The global growth of eSports has already attracted interest from other sectors and that seems sure to continue over the next few years.

The gambling industry is already making inroads in eSports and that trend can be expected to follow the same sort of path the sector took in traditional sports.

Advancements in mobile technology are also likely to drive further interest in eSports, both from a playing and viewing perspective.

Tourism is another area which should benefit, with host cities sure to be eager to tap into the potential of attracting a younger demographic to their eSports events.