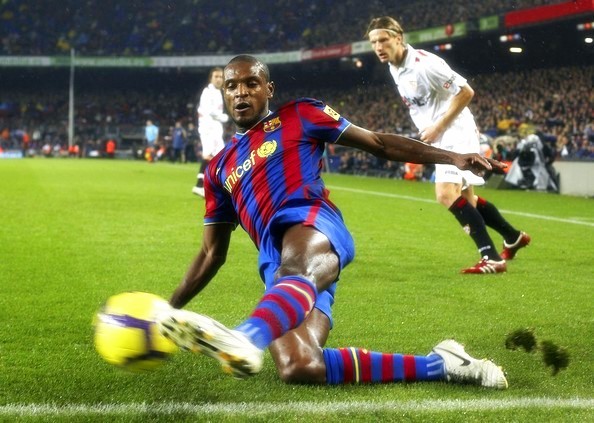 Barcelona announced the sad news regarding the 31 year old French left-back Eric Abidal that he has been diagnosed with liver tumor and will need to undergo surgery.

The La Liga club announced the news via their official Twitter feed. They said:

“A liver tumor has been detected in the player Eric Abidal and he will be treated surgically next Friday. Abidal will be operated on by Dr Josep Fuster Obregon. Per the express wish of the player, we call for the utmost respect for the right to privacy.”

The Catalan club has not revealed exactly how long will Abidal be sidelined for.

Abidal joined Barca from Lyon in 2007 and has been a regular player since. He has been capped 55 times by France, making his international debut in 2004 and played in the 2006 and 2010 World Cups as well as the 2008 European Championship.

“What sad news about Eric Abidal, tumor in the liver! Let’s pray for him .. God bless!!”

“Much encouragement and a lot of strength to Eric Abidal. Bad news for football.”