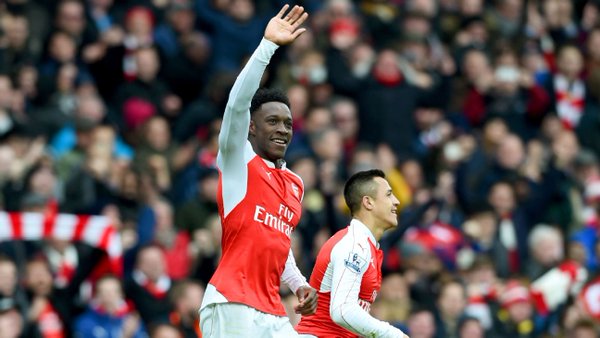 Diego Costa scored his 10th goal of the season, as Chelsea beat Newcastle United 5-1 at Stamford Bridge in the Round 26 Premier League actions on Saturday.

Southampton continued their impressive run of form after beating Swansea 1-0 away from home. The Saints have jumped into sixth in the Premier League table, and remain undefeated in their last six games, winning five of them.

Anthony Martial scored a spectacular goal for Manchester United, but couldn’t prevent his team from suffering a shock 2-1 defeat against Sunderland.

West Ham came from 2-0 down to salvage a 2-2 draw against Norwich City. Dimitri Payet scored one and provided an assist for the other as the Hammers were left frustrated with a draw – a game they were expected to win comfortably.

Everton created loads of chances but they couldn’t take their chances, and had to pay the price, as they lost 1-0 against West Brom at Goodison Park.

Here are the results from all the Round 26 matches for this weekend: 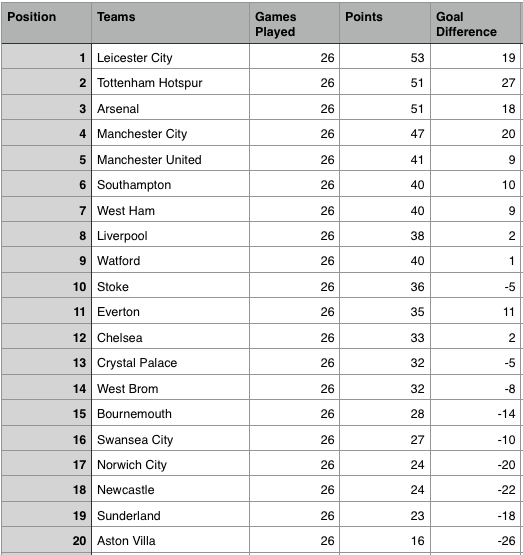 Alan Pardew’s side were doing so well in the first half of the season, and at point looked like they would book a place for the European competitions next season. But, surprisingly, their results have deteriorated since the turn of the year. They have yet to win a single Premier League game in 2016, and have suffered six defeats in their last seven games already.

Costa is on fire

The Spain international is brimming with confidence at the moment. He is making those decisive runs between the lines, and has found his goal scoring touch again. His strike against Newcastle was his 10th of the season, of which seven of those have come since the Boxing day.

Manchester United fans have every right to be frustrated with their team’s performance at the moment. The Red Devils were poor against Sunderland, and apart David de Gea and Anthony Martial, none of the United players came away with a decent performance.