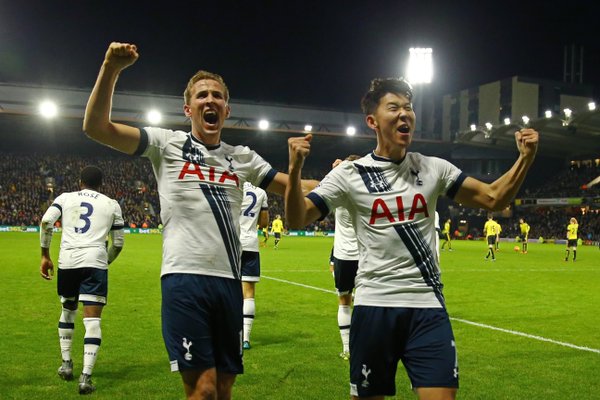 The games are coming thick and fast as we move into the Round 19 of the Barclays Premier League.

Mesut Ozil produced a masterclass performance – provided the assist for the opening goal and scored the winner for the Gunners – as Arsenal move to the top of the Premier League table with a 2-0 win over Bournemouth.

At Old Trafford, United were held to a goal-less draw by Chelsea. The Red Devils throughly dominated the game but the best chance of the match fell to Chelsea’s Nemanja Matic, who wasted a one-on-one opportunity after hitting the ball way over the bar instead of guiding past De Gea.

Marko Arnautovic scored a late penalty to give Stoke City a thrilling 4-3 victory over Everton at the Goodison Park.

Norwich move out of the relegation zone with a 2-0 win over rock-bottom Aston Villa. At Selhurst Park, Swansea secure a third clean sheet in a row to remain above the bottom three.

Son Heung-Min scored a dramatic late winner for Spurs, as they move third in the EPL Table with a 2-1 win over 10-man Watford.

Chelsea travel to Old Trafford to face Manchester United who are winless in their last six games. Both the sides are struggling at the moment, but this could be a defining game for Manchester United boss Louis van Gaal.

The Dutchman is under extreme pressure and he could be relieved from his duties should United lose against Chelsea. 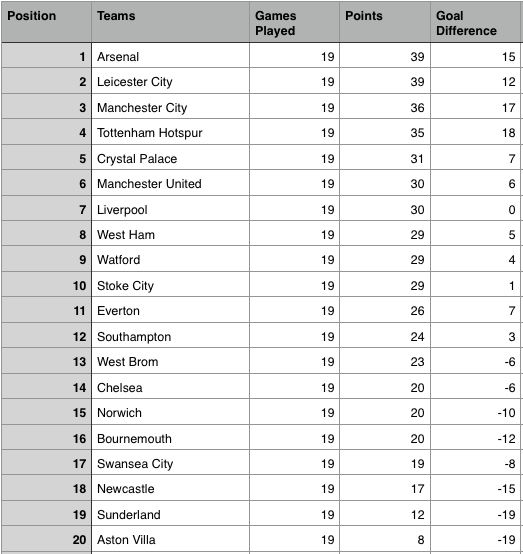 Big statement from Tottenham – Heung-Min Son scored in the 89th minute against 10-man Watford to take Spurs to third in the Premier League table. Late goals always boost the morale of the team, and Spurs must now believe in themselves that they are genuine title contenders. They may not have too many world class superstars in their squad like City, Arsenal or Manchester United, but by playing as a unit, they have worked their way into title contention.

Ozil is a genius, Cech best signing of the season -Mesut Ozil is not only a gifted creative attacking midfielder, he is an artist. The German is a joy to watch when he is on song. And on Monday night, against Bournemouth he was playing at his vintage best. Silky flicks, assist, intelligent moves, goal – he did everything on the pitch.

The amazing numbers behind Mesut Ozil’s #AFC season after his starring display against #AFCB https://t.co/oMwzBud8id pic.twitter.com/N5PH6YkMEk

It was also a special night for Arsenal goalkeeper Petr Cech, who created a record by keeping more clean sheets (170) than any other goalkeeper in the Premier League history. He is already turning out to be one of the signings of the season. Arsene knows.

At Old Trafford, the two goalkeepers steal the show – Both Thibaut Courtois and De Gea made some stunning saves in the match. John Terry was denied by brilliant save from De Gea, while Courtois’s stunning save off Herrera from close range could stand out as one of the saves of the season so far.