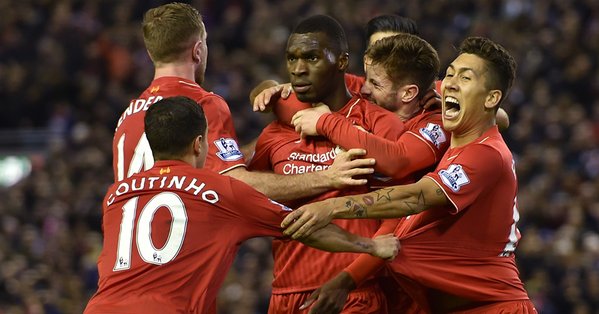 Arsenal missed the chance to go top of the EPL table as the Gunners were humiliated 4-0 by Southampton at St Mary’s.

Two first half goals from Bojan Krkic and Marko Arnautovic gave Stoke City a comfortable 2-0 victory over Manchester United at the Britannia Stadium on Boxing Day.

Diego Costa scored twice, but Oscar missed a penalty in the end as Chelsea drew 2-2 against Watford in Guus Hiddink’s first game in charge as the new manager.

Christian Benteke scored from the bench, as Liverpool beat Leicester 1-0 at Anfield. The Reds are only the second team to beat Leicester this season, the other team being Arsenal.

Harry Kane scored twice and Tom Carroll added another to give Tottenham a comfortable 3-0 victory over Norwich City at White Hart Lane. 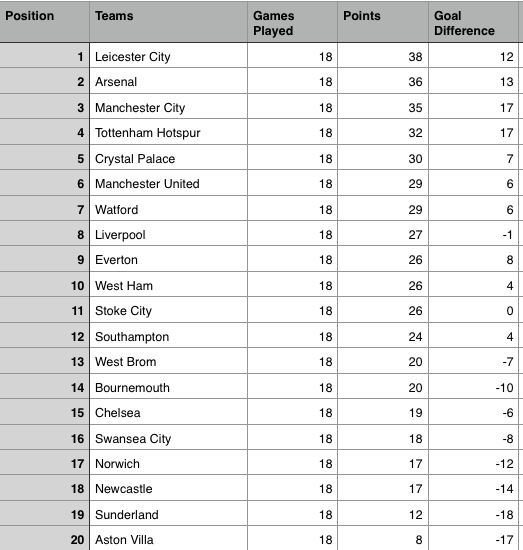 More pressure on LvG – Manchester United were ‘painful to watch’ against Stoke City on Boxing Day, says former United striker Dwight Yorke. Once again, United enjoyed loads of possession, made over 450 passes, and yet there were hardly any genuine scoring chances created.

The defeat puts more pressure on Van Gaal, who admitted his job is becoming “more difficult” and suggested he could decide to walk out.

Costa back on form, but same defensive problems remain – On his return to Stamford Bridge for the second time, Guus Hiddink realised that it won’t be easy to fix all the problems within such a short time.

The central defensive partnership of Gary Cahill and John Terry – the duo played a pivotal role in Chelsea’s title triumph last season – looked decidedly ropey once again. This season Chelsea have conceded two or more goals 11 time in 18 games, compared to only five times in the whole of last season.

There are no quick-fixes for Chelsea but at least the fans will be happy to see Diego Costa returning to some kind of form – the striker’s first brace since January is a cause for optimism.

Wanyama made more tackles and regained possession than any other player on the pitch. He produced a stellar performance in defensive midfield and gave a timely reminder of why he is sought after by bigger teams like Arsenal.