Arsenal continued their impressive run of form with a thrilling 3-2 win over Swansea City on Saturday. Goals from Theo Walcott and Mesut Ozil ensure Arsene Wenger’s side sit joint-top of the table.

The England international scored a first-half brace and came close to sealing his hat trick towards the end of the second half. The visitors fought back well after Granit Xhaka‘s red card, but the Gunners held on to secure the all-important three points. 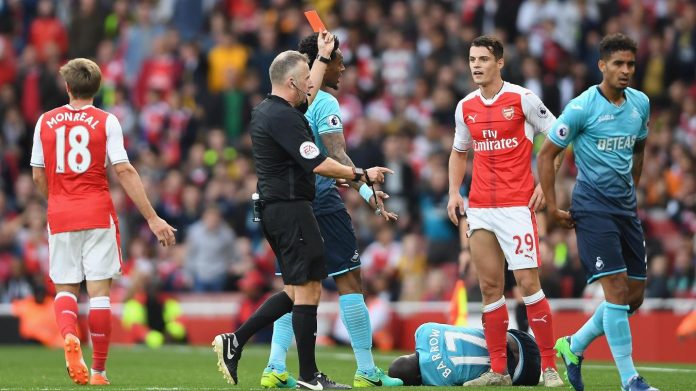 Meanwhile, Chelsea continued to climb up the table with a comfortable win over the defending Premier League champions Leicester City.

The Blues secured a 3-0 win at Stamford Bridge thanks to goals from Eden Hazard, Diego Costa and Victor Moses. The away side struggled to cope with Chelsea’s intensity and were punished for their lackluster defense. 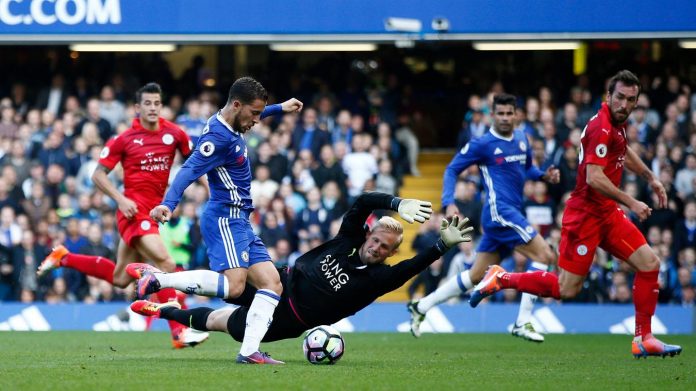 League leaders Manchester City won’t be happy with their performance against Everton on Saturday.

The Etihad outfit dropped two points at home after some goalkeeping heroics from Martin Stekelenburg. Lukaku did well to give Everton a well-deserved lead at the hour mark, and the new City signing, Nolito, rescued a point late on in the game. 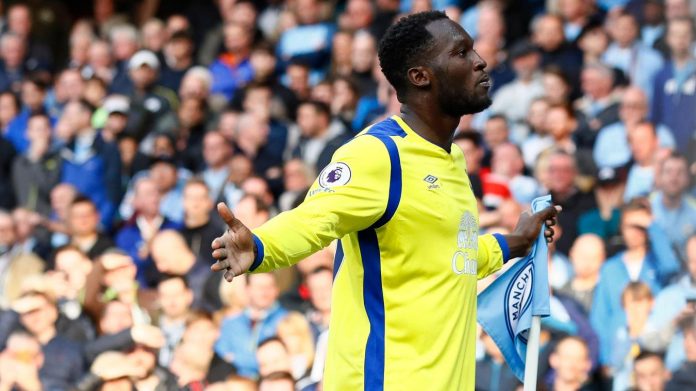 Hull City‘s crisis continued after a 6-1 thumping against Bournemouth. The Tigers are in a downward spiral at the moment and will need to improve significantly if they want to preserve their status as a Premier League club next season.

Stoke City picked up their first win of this season thanks to a brace from Joe Allen. The Welsh international scored twice in the first half to pile further misery on David Moyes and Sunderland. 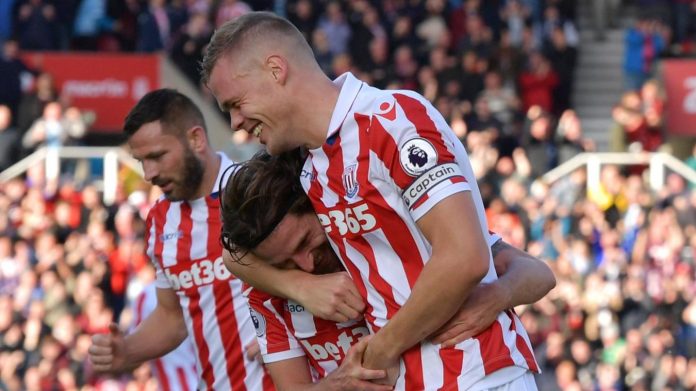 Spurs were held to a 1-1 draw against West Brom. Former Tottenham midfielder Nacer Chadli scored for West Brom eight minutes from time. However, Dele Alli‘s 89th-minute strike rescued a point for the Londoners.

Crystal Palace will be disappointed with their 1-0 loss against West Ham after their club record signing Christian Benteke missed a penalty. The Belgian also hit the post with a header late on. 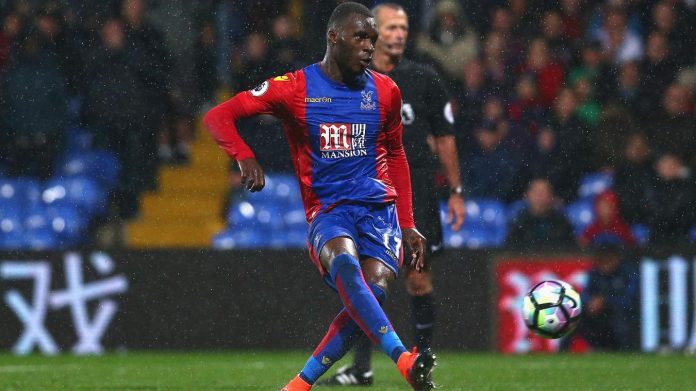 Southampton continued their recent run of form with a 3-1 win over Burnley. Charlie Austin‘s brace secured the three points for Claude Puel’s side.

Liverpool were held to a frustrating 0-0 draw against Manchester United at Anfield on Monday night. The Reds struggled to break down an organised Mourinho defence and David De Gea produced two spectacular saves to deny Coutinho and Emre Can in the second half.

Finally, Watford picked up a narrow 1-0 win over Middlesbrough as the newly promoted side continue their struggles in the Premier League.