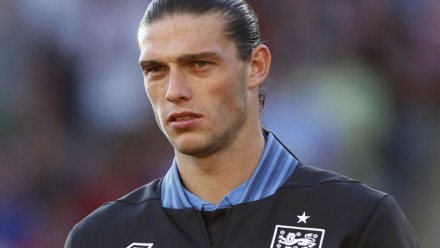 Andy Carroll has been recalled to the England squad for upcoming friendlies against Republic of Ireland and Brazil, while Reading goalkeeper Alex McCarthy gets his first call-up to the senior set-up.

The Three Lions face Giovanni Trapattoni’s men at Wembley on May 29th, before travelling to play the 2014 World Cup hosts at the renovated Maracana on June 2nd.

Liverpool striker Carroll has been in top form for loan side West Ham of late, with the forward’s future at club level under question.

Carroll has not been in the England senior squad since featuring as an unused substitute against Poland in October, but will surely be given a chance of playing in the next two games. Carroll is the only target man amongst the forwards, and as such could well link up with one of the others for large parts of the fixtures.

Wayne Rooney, whose club future is also up in the air, is being touted as a potential captain for the clashes, with Steven Gerrard out of contention through injury.

The Manchester United attacker is joined by club teammate Danny Welbeck, Jermain Defoe and Daniel Sturridge in the search for an England starting berth up front.

Frank Lampard, who has just signed a new contract at Chelsea, is the most senior midfielder included, with Manchester United duo Tom Cleverley and Michael Carrick, and James Milner, in contention for a place in the centre of the park also.

Theo Walcott has been included as a winger despite playing further forward for Arsenal, and out-of-favour teammate Alex Oxlade-Chamberlain also makes the cut.

At the back Ashley Cole is in line for his 100th cap for England against Republic of Ireland, while there are no other real surprises included. Kyle Walker and Glen Johnson will contend right-back, while Gary Cahill, Joleon Lescott and Phil Jagielka are the centre-back options. Phil Jones can fit in across the back four or in midfield. 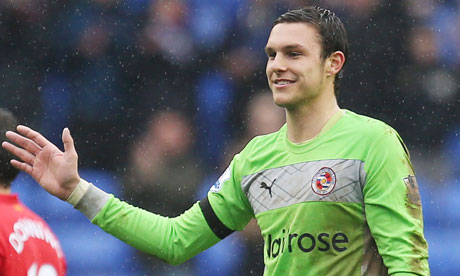 Joe Hart has cemented his position as number one for the national side, and perennial understudy Ben Foster is also included.

The major surprise in the England squad is Reading youngster Alex McCarthy, who has represented the national under-21 side. Whether McCarthy gets any game time remains to be seen, but the experience of training with the senior team will be beneficial.

Roy Hodgson has stated that he is looking forward to running the rule over the 23-year-old:

“He has done well in the games I have seen him play and I have had good reports on him. It’s a good chance to bring him in and see how he copes in the senior squad.”

Hodgson has picked a strong squad for the games, which shows that the Three Lions boss is looking to test his current squad rather than blooding in additional new players.

Jack Wilshere, who is set to go under the knife, has been omitted along with the injured Gerrard. Tottenham captain Michael Dawson may well feel like he was worth a recall over someone like Lescott.

Others not included in the England squad for Ireland and Brazil friendlies for various reasons are Gareth Barry, Chris Smalling, Steven Taylor, Ashley Young and Scott Parker.